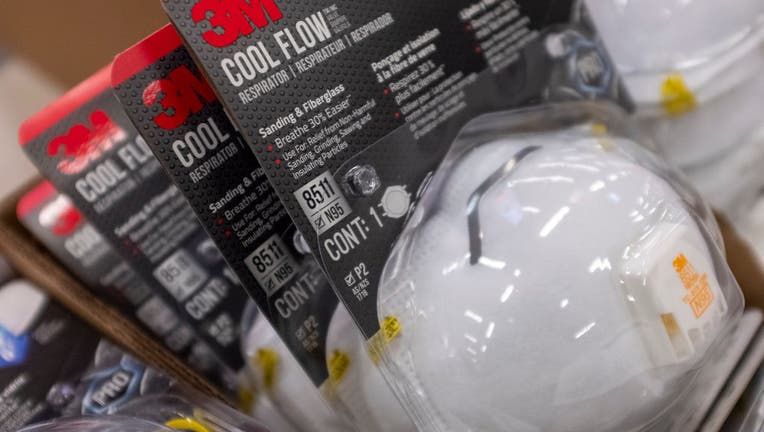 ST. PAUL, Minn. (FOX 9) - 3M is looking to double its current production of N95 respirators again to output 2 billion masks globally within the next 12 months, according to an update from 3M Chairman and CEO Mike Roman.

In January, 3M doubled its global N95 production to a rate of 1.1 billion a year, or 100 million per month. Now, Roman says additional investments will allow 3M to double its capacity again, with those operations starting in the next 60 to 90 days.

In the United States, 3M plans to produce 50 million N95 respirators a month starting in June, which is a 40 percent increase from current levels.

As for the distribution of those masks in the United States, more than 90 percent of the masks are headed to healthcare and public health. Of that supply, 80 percent is moving through healthcare distributors to the healthcare facilities, and 20 percent is going to the federal government, largely FEMA.

"This is not just a 3M challenge; it’s an industry-wide challenge," said Roman in a press release. "Even with 3M’s accelerated production combined with capacity from other manufacturers, the reality is that demand for N95 respirators is much higher than the industries’ ability to deliver. That is why we continue to explore innovative partnerships and solutions to help protect our healthcare workers in this extraordinary time."

3M is working with Ford to increase production of 3M's Powered Air Purifying Respirators (PAPRs), which are used in the "most demanding healthcare environments." With this partnership, 3M plans to increased PAPR production six-fold within the next 60 to 90 days.

3M engineers are also working with sterilization companies to find a way for hospitals to safely clean and reuse respirators.