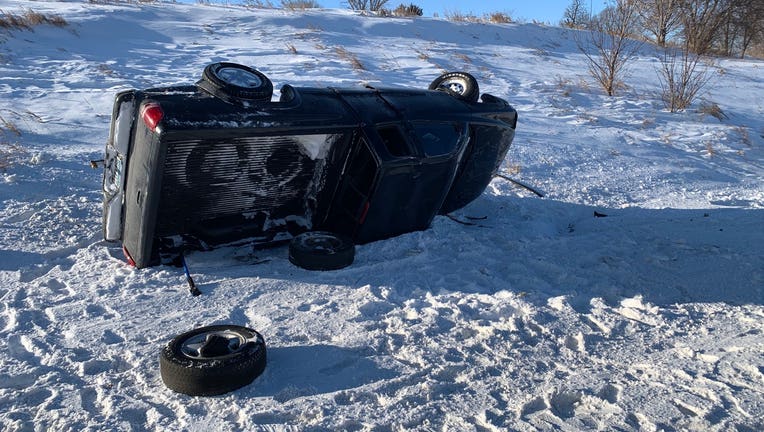 (FOX 9) - A dusting of snow and subzero temperatures have created slippery conditions on roads in the Twin Cities metro, making for a messy Monday morning commute.

Between 5 a.m. and 10:30 a.m., the Minnesota State Patrol responded to 314 crashes and 64 vehicle spinouts. Thirty-three of the crashes involved injuries and one was fatal.

The fatal crash occurred on Highway 212 in Carver County shortly before 7 a.m., according to the Carver County Sheriff’s Office. Hwy. 212 was closed in both directions at Kelly Road in Dahlgren Township for several hours.

The State Patrol is investigating the crash.

Monday’s forecast: Cold, but at least the sun is out

The sun should help improve road conditions throughout the day. The cold isn't going anywhere for a while.

Due to the extreme cold, the dusting of snow can be even more slippery because of the small structure of the falling snowflakes compacting efficiently on the roads, FOX 9 Meteorologist Cody Matz explains. This makes the roads look okay, but sneaky ice remains and can make drivers have a really bad day. 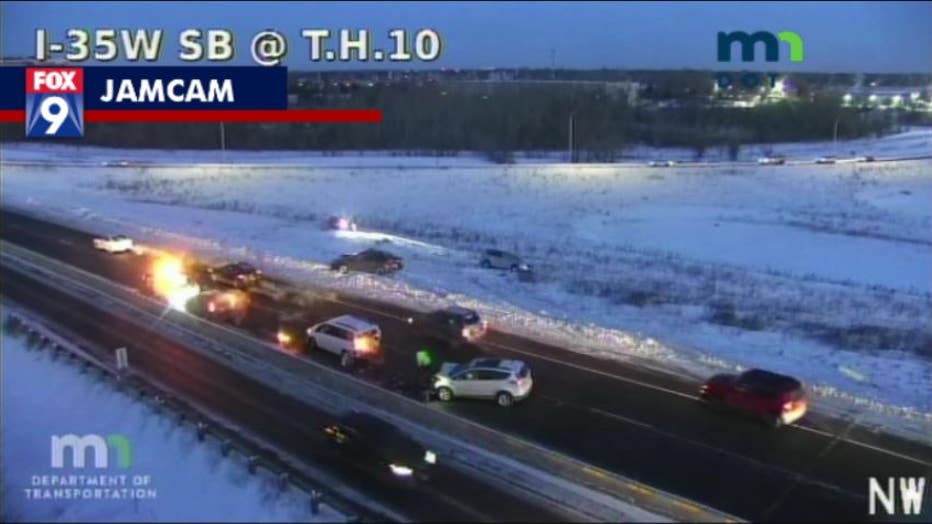 Officials are reminding drivers to slow down, increase their following distance and give themselves extra time on the icy roads.