MINNEAPOLIS (FOX 9) - The Minneapolis Police Department is warning residents in the North Loop and Loring Park neighborhoods about a rash of bicycle thefts in the area in recent weeks. 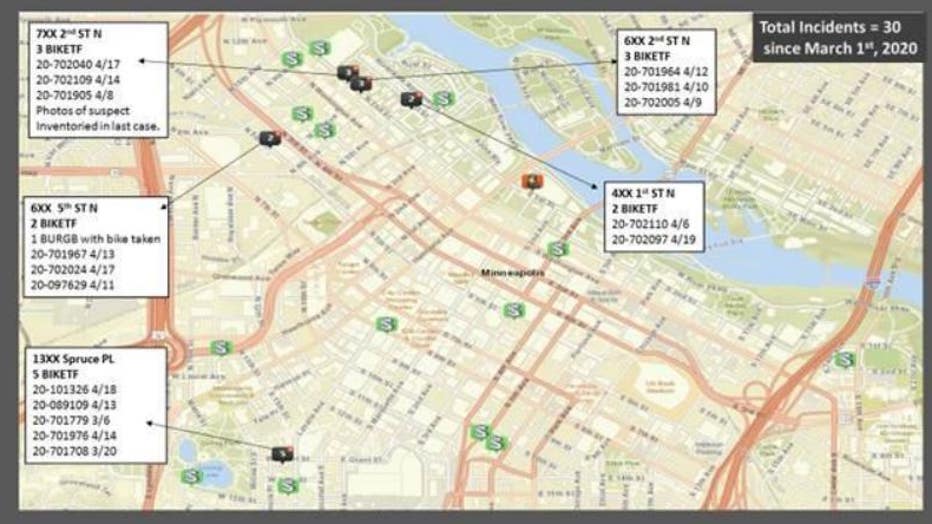 There have been 30 bike thefts in the North Loop and Loring Park neighborhoods in recent weeks. (Minneapolis Police Department / FOX 9)

One suspect has been identified, arrested and charged, although he is not currently in custody.