(FOX 9) - With no sub-zero temperatures Thursday morning in the Twin Cities, the area will likely not see any this January.

It’s just the third January on record that the Twin Cities area failed to get below zero. So far this winter, the region has only seen two sub-zero days, which would tie the fewest on record if we don’t see any more. 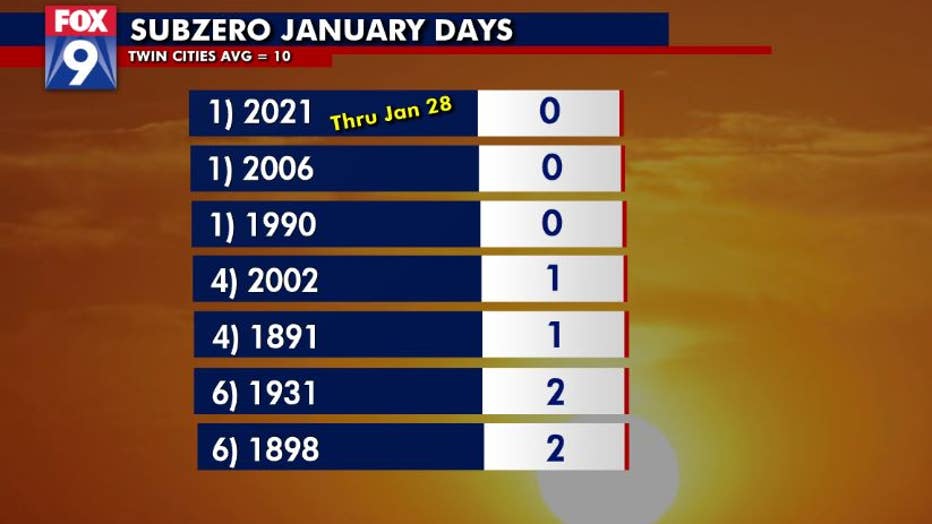 With no sub-zero temperatures Thursday morning in the Twin Cities, we will not see any this month. That makes this just the 3rd January on record that we failed to get below zero.

On average, the Twin Cities see roughly 10 sub-zero days during the month of January on any given year, which is about half of the total number we typically experience.

With our lack of sub-zero temperatures, we will finish the month of January well above average.

Amazingly, it won’t be the warmest January we have ever seen. This month is likely to finish anywhere between 10th and 13th warmest on record dating back to 1872.

Just because we don’t experience any sub-zero days in January does not mean our chances are done, however. More than half of our Februarys over the last few years have been quite cold, giving us at least a few sub-zeroes each month. 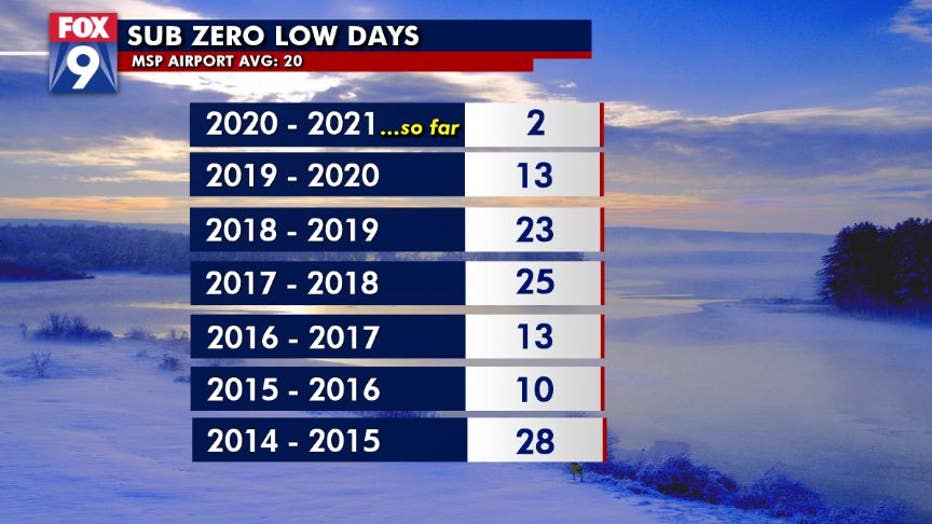 We've only seen 2 subzero days so far this winter, which would tie the fewest on record if we don't see any more

Our average the last sub-zero temperature doesn’t occur until the third week of February on average, but it has occurred in the first week of March in three of the last six years.

So, count your blessings, but we still have a ways to go!

From cross country skiing, to ice skating and everything in between, Minnesotans laughed in the face of Wednesday's cold, opting outside to celebrate winter.