Minnesota's 8th Congressional District covers the northeastern part of Minnesota including the city of Duluth.

Nolan first won the seat in 2012 from incumbent Republican Chip Cravaak. The district has been a swing district over the last decade, but was represented by Democrat Jim Oberstar for the previous 10 years. 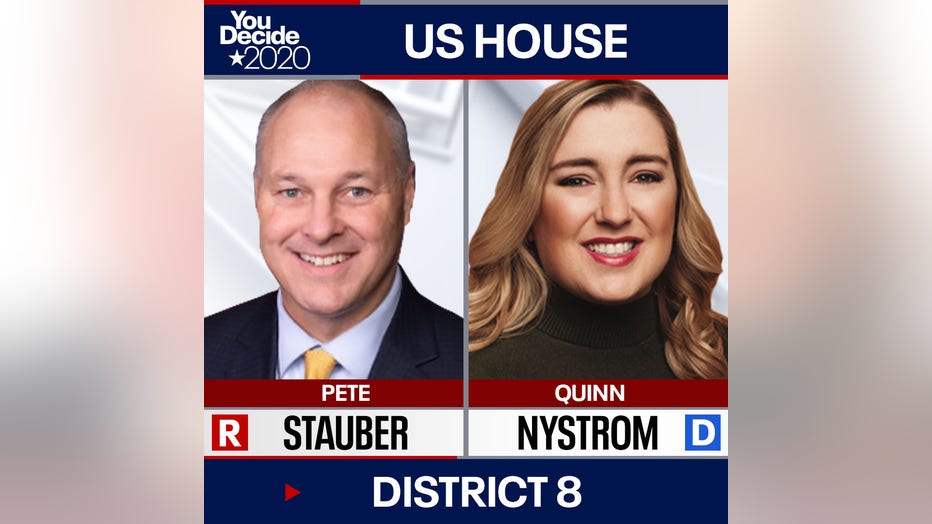 Like his fellow Republican Congressman in Minnesota, Stauber has embraced President Donald Trump, appearing with him in rallies in the Iron Range during the President’s term.

Nystrom, a Democrat, boasts that she rejects all corporate PAC money on her campaign website. She ran unopposed in her primary.

Nystrom is an advocate for healthcare reform and reducing prescription drug prices. She also says she is dedicated to ending the opioid epidemic.

She was elected to the Baxter, Minn. City Council at age 28. In 2016 she ran for Minnesota House District 10A, but lost to incumbent Josh Heintzeman by 19 percentage points.

“Pete Stauber won re-election tonight because he spent his first term in Congress fighting for the people of his district and their way of life. The eighth congressional district is no longer a Democrat stronghold.

“Congressman Stauber will continue to fight hard for the economic vitality of Greater Minnesota and the prosperity of its residents.”