Two Minneapolis police officers were injured and six people are in custody after a chase and a standoff in the city Tuesday night.

MINNEAPOLIS (FOX 9) - Two officers were injured Tuesday night while attempting to stop a vehicle in north Minneapolis that may have been involved in a carjacking earlier in the day, according to Minneapolis police spokesperson John Elder.

According to Elder, around 7:30 p.m., officers were conducting an investigation when they observed two cars matching the vehicles they were looking for pull into Mill Ruins Park. When police attempted a traffic stop, both cars sped off.

One of the cars sideswiped one officer, briefly pinning him against his squad car. The suspect vehicle then brushed against another squad car door, which knocked into an officer, causing him to fall down.

Police say they then pursued one car while the other got away. With the aid of a Minnesota State Patrol helicopter, police tracked the suspects to a home on the 2000 block of Queen Avenue North were police witnessed some of them go inside, while others fled. 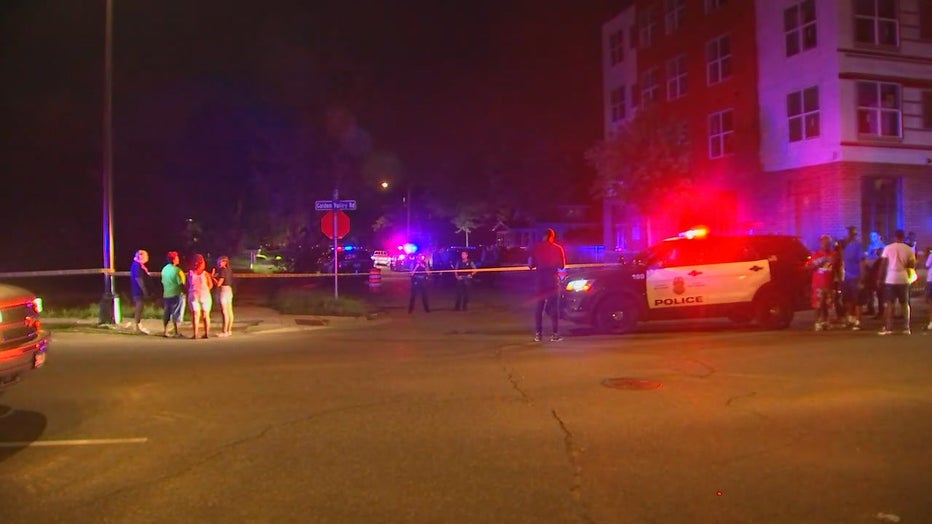 An operation is underway in connection to an incident where two officers were struck by a vehicle in north Minneapolis. (FOX 9)

Officers set up a perimeter and tried to convince the suspects inside the home to come out. After obtaining a search warrant, officers gained entry to the home around 1 a.m. and detained the six people, three women and three men, inside.

The two injured officers received treatment at nearby hospital for non-life threatening injuries. Both have been released from the hospital.