Two dead after semi, car crash on Highway 19 near Northfield

Two drivers are dead after a semi and a car crashed head on while traveling on Highway 19 near Northfield, Minnesota Monday morning.

Around 7:30 a.m., a semi-truck and a car headed in opposite directions on Hwy. 19 crashed head on. The crash occurred about two miles east of Interstate 35 in Rice County. 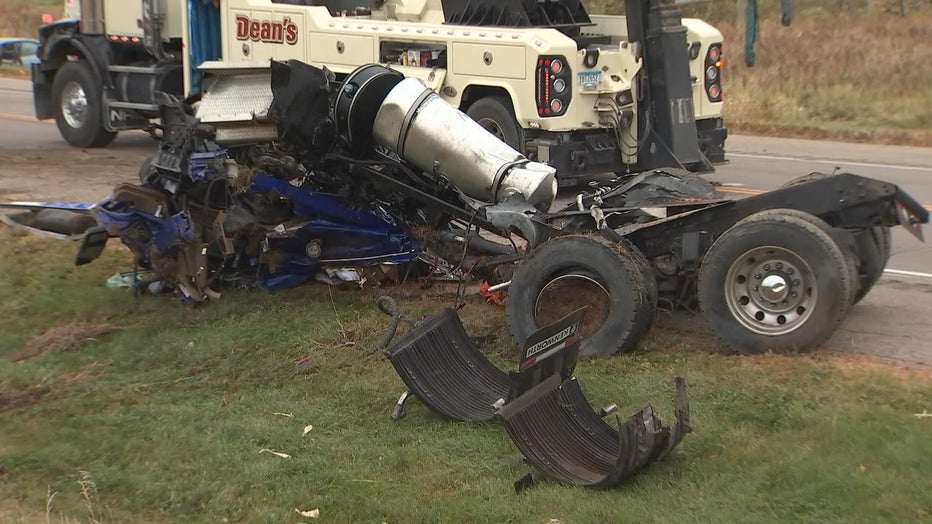 A semi-truck and car crashed head on near Northfield, Minnesota Monday morning. (FOX 9)

The drivers of both vehicles were killed in the crash.

A third vehicle, a straight truck that was behind the car, also crashed. Neither the driver nor the passenger were injured.