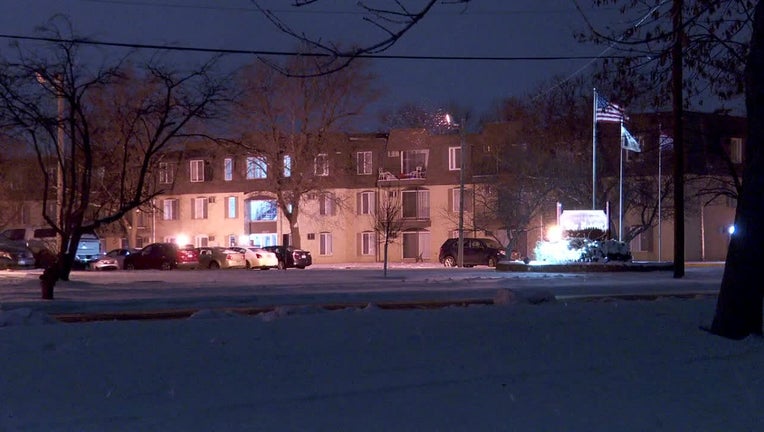 BROOKLYN PARK, Minn. (FOX 9) - A 17-year-old boy was killed, and another was injured during a shooting at a Brooklyn Park apartment complex Friday evening.

Brooklyn Park Police said they were notified of a shooting around 8:50 p.m. after emergency services found two teens with apparent gunshot wounds in a vehicle on the exit of I-94 and 57th Avenue North.

Preliminary information indicates the shooting initially occurred at an apartment complex on the 8400 block of Regent Avenue North. The two 17-year-olds left the apartment and drove to Brooklyn Center, where they were discovered by first responders.

Paramedics transported the two teens to the hospital, where one ultimately died from his injuries. The other teen suffered a non-life-threatening gunshot wound, according to police.

Police say they have arrested a 17-year-old boy in connection to the fatal shooting. He is currently being held at the Hennepin County Juvenile Detention Center.

Investigators don’t believe the incident was a random crime, and the people involved likely knew one another. Police said there may still be other suspects at large, but there is "no known danger to the public."

The department did not release any additional information about the victims. The case remains under investigation.

FOX 9 reached out to the Brooklyn Park Police Department for additional details.