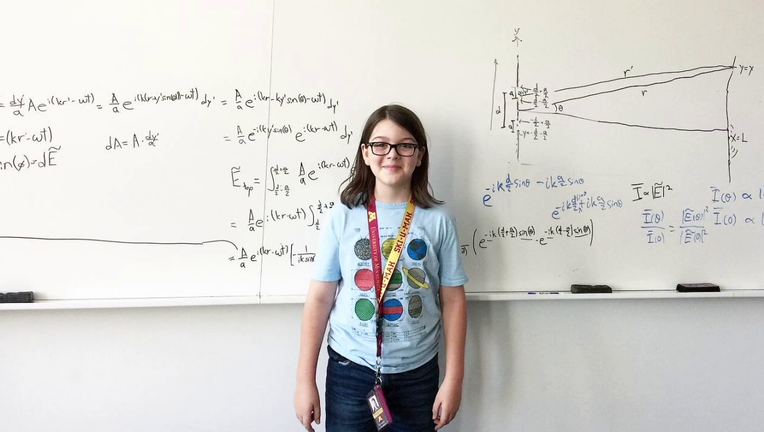 13-year-old Elliott Tanner is getting ready for graduation.... from college. (Supplied)

(FOX 9) - As a fourth-year physics major with a math minor, 13-year-old Elliott Tanner is on the verge of graduating yet remains one of the youngest students at the University of Minnesota.

"Sometimes there is sort of a ‘wow’ period for a week or two and then everyone just kinda gets used to seeing me in class, and it becomes a normal occurrence," Tanner told FOX 9.

Boy set to graduate University of Minnesota at age 13

As a fourth-year physics major, with a math minor 13-year-old Elliott Tanner is on the verge of graduating, yet remains one of the youngest students at the University of Minnesota.

Elliott says he wants to be a high-energy theoretical physicist and ultimately a professor of physics at the University of Minnesota. His mom, Michelle Tanner, says he started reading and doing math by age 3. A few years of homeschooling, and he tore through the high school curriculum when he was ages 7 and 8, and started college at 9-years-old.

"People who hear Elliott’s story say he doesn’t get to be a kid, or he grew up too fast," Michelle said. "He still very much is a kid and the only difference is he goes to school in a different building."

LOOK BACK: FOX 9 talked with Elliott in 2020 when he was just 11 years old and earning an associate degree

Looking toward the future Elliott has now been accepted into the University of Minnesota’s Physics PhD program, and now his parents are trying to figure out how to pay for it.

"We're just trying to explore all our options, and coming up with dead ends," Michelle said. Trying to apply for any scholarships, fellowships, grants, and we have not been successful."

The Tanners are trying a GoFundMe fundraiser to help with Elliott's graduate school tuition.

In the meantime, like any student on the verge of graduating, he's proud and excited for his next chapter.