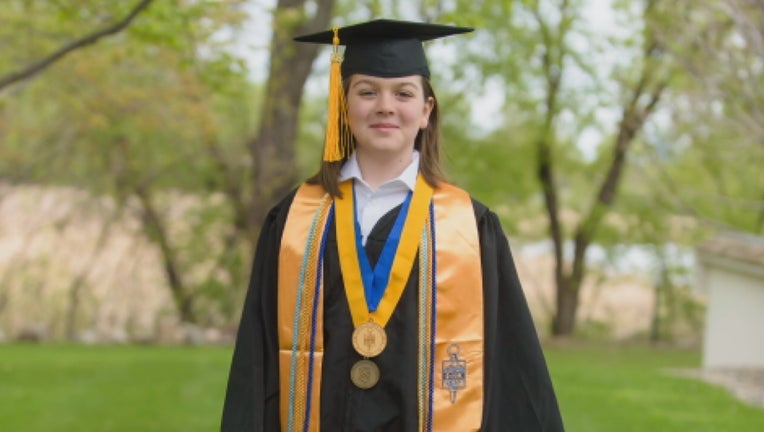 Due to the pandemic, Elliott Tanner won't get to walk the stage for his associate degree but he is still likely making history. (Supplied)

ST. LOUIS PARK, Minn. (FOX 9) - At just 11 years old, a St. Louis Park boy is believed to be the youngest person in the state to earn an associate degree.

Due to COVID-19, Elliott Tanner's graduation, like so many students, will be a virtual one. Despite the changes, his family is hoping to make his day special.

At just 11 years old, a St. Louis Park boy is believed to be the youngest person in the state to earn an associate degree

Elliott Tanner began attending Normandale Community College at the age of 9. His family planned a big celebration for his upcoming graduation and then COVID-19 got in the way.

"I like to program and I also like to play Dungeons and Dragons, with my friends too," said Elliott.

In just a few weeks, Elliott Tanner will mark a major milestone. He’s part of the Normandale Community College graduating class of 2020 and he’s just 11-years-old.

"He started doing math when he was three, adding and subtracting on the play rug in his room," said Elliott's mom Michelle.

His mom says that the math major could be the youngest graduate of a two-year degree in the state to don a cap and gown.

"Very proud," she said. "Surreal. We never thought that this would be our life, but here we are."

And this year he began studying physics at the University of Minnesota.

"I’m hoping to either be a physics professor or a theoretical physicist or a mathematician," said Elliott.

Like so many graduates, Elliott’s ceremony will be a virtual one due to COVID-19. The family now is planning a drive-by celebration in honor of a boy who has achieved a lot at such a young age.

"Incredible, the reality of it hasn’t really quite set in given how big it is," added Elliott.

"I’m just really proud, pretty bummed about the pandemic and not being able to celebrate him fully," Michelle said. "So, we’re going to do it up as best we can and honor Elliott and his achievements."

Elliott, we're told, will be graduating with high honors. He has roughly a few more semesters before he receives his degree from the University of Minnesota.