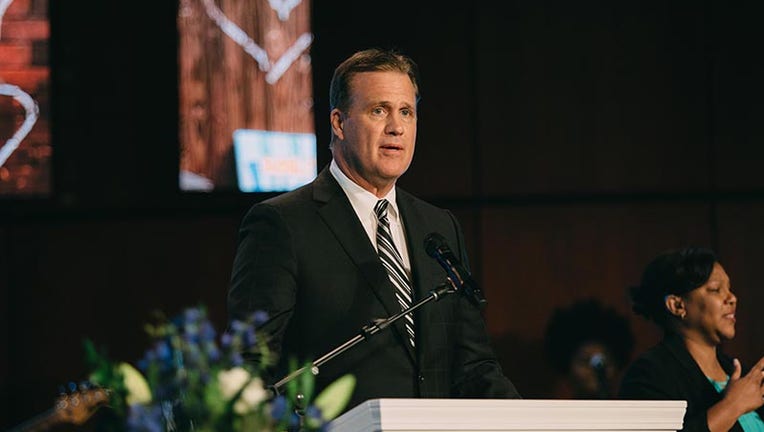 MINNEAPOLIS (FOX 9) - North Central University has formally established the first George Floyd Memorial Scholarship after announcing its creation at Floyd’s funeral service at the university last week and more than 12 other universities have started their own, too.

University President Scott Hagan announced the scholarship would be geared toward educating aspiring young black American leaders and challenged all other American universities to establish their own.

The President of North Central University announced the scholarship in George Floyd's name and challenged all other American universities to do the same. He says more than $53,000 has been donated to the university already.

“Far beyond North Central University, I am now challenging every university president in the United States of America to establish your own George Floyd Memorial Scholarship Fund, so people across this nation can give to the college of their choice,” Hagan said.

At North Central, $53,000 were committed to the scholarship fund before Hagan's formal announcement.

Here is the full list of schools who have announced George Floyd Memorial Scholarships: