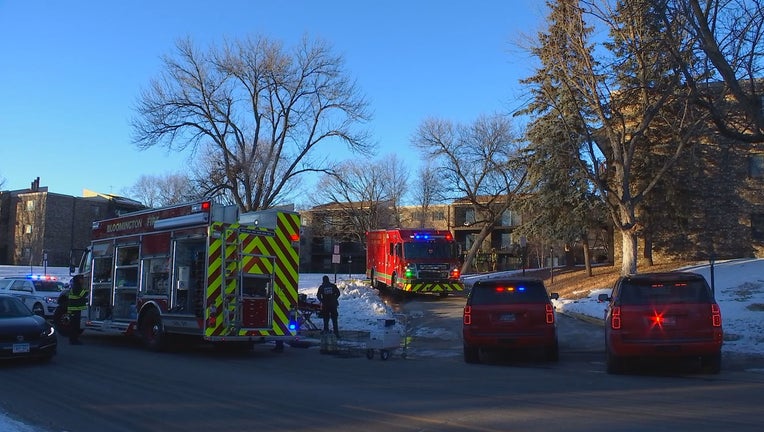 A fire at an apartment in Edina, Minnesota is under investigation. (FOX 9)

EDINA, Minn. (FOX 9) - A fire at an apartment in Edina, Minnesota sent one person to the hospital Friday, according to Edina Fire Chief Tom Schmitz.

Chief Schmitz says crews responded around 3 p.m. to the 4100 block of Parklawn Avenue on a report of smoke and fire alarms going off. Firefighters learned a fire broke out in a kitchen of an apartment on the second floor.

The man who was inside the kitchen was able to get out with the help of police officers. An ambulance took him to Hennepin County Medical Center. His injuries are unknown at this time.

The fire was largely contained to the initial apartment, but some of the fire did spread to the unit above.

Crews were able to put out the fire.