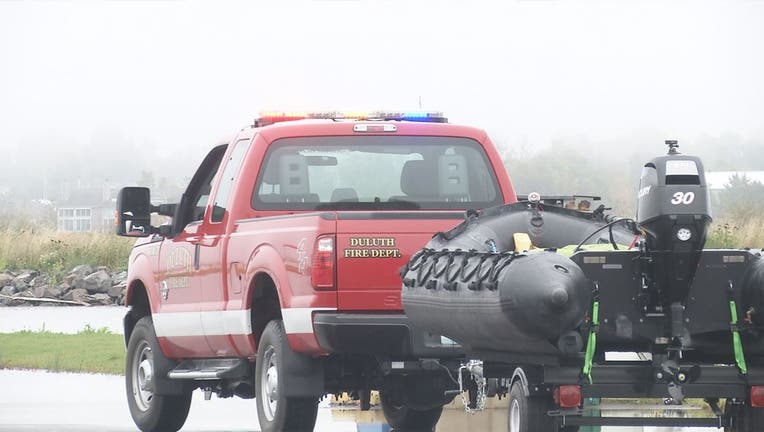 DULUTH, Minn. (FOX 9) - One man died and two others were hospitalized Monday morning after their boat capsized in Lake Superior near Duluth, Minnesota.

According to the St. Louis County Sheriff's Office, three men were on a 21-foot aluminum-hulled boat. They were in the harbor assisting with a dredging project in the harbor when the craft took on water. The motor then shut off and the boat turned sideways against the waves and sank.

The three escaped from the boat and swam for the nearest shore. Two of the men made it to shore and called 911 to report that their third crew member was unaccounted for.

Crews located the missing man, who had washed ashore near the end of Park Point. They began life-saving measures, but he was eventually pronounced dead. The sheriff's office identified him as Donald Sarter, 68, of Sturgeon Bay, Wisconsin.

The other two men, a 59-year-old man from Sault St. Marie Michigan and a 50-year-old man from New Franken, Wisconsin, were rescued by a private citizen and hospitalized. All three men were wearing life jackets at the time, but they were not zipped up. The conditions of the two hospitalized victims are unknown.

The men reportedly faced 4-foot waves and 45-degree water temperatures in the harbor.

The boat is owned by a man from Sturgeon Bay, Wisconsin and all three of the men were employeed by him.