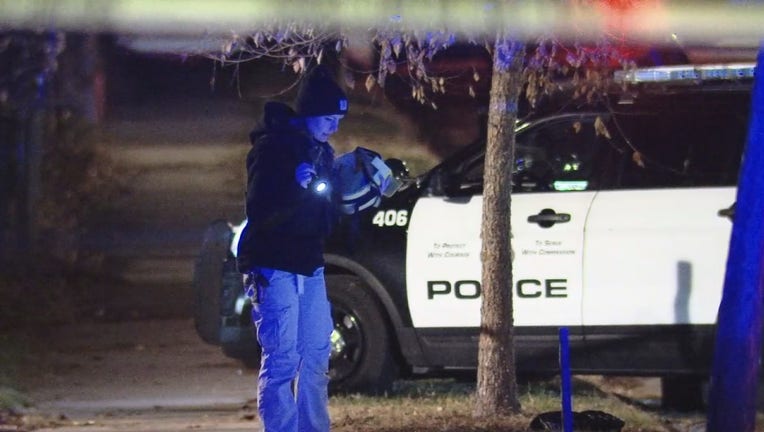 An investigator combs through a crime scene after a deadly shooting in Minneapolis's Hawthorne neighborhood early Thanksgiving Day.

MINNEAPOLIS (FOX 9) - One man is dead after a shooting in Minneapolis’s Hawthorne neighborhood early Thursday morning.

The incident occurred just before 3 a.m. on Thanksgiving day on the 2700 block of Dupont Avenue North. Police responded to the scene after a ShotSpotter activation and multiple 911 calls reporting a disturbance in the area.

Officers found a “chaotic scene” with people fleeing the area on foot, said a police spokesperson.

Officers rendered aid to a man in his 20s who was suffering a gunshot wound, but he died at the scene.

Homicide investigators were speaking to witnesses Thursday. Nobody is in custody at this time.

The incident marks the 77th homicide of the year and Police Spokesperson John Elder said the department is concerned about the holiday season ahead.