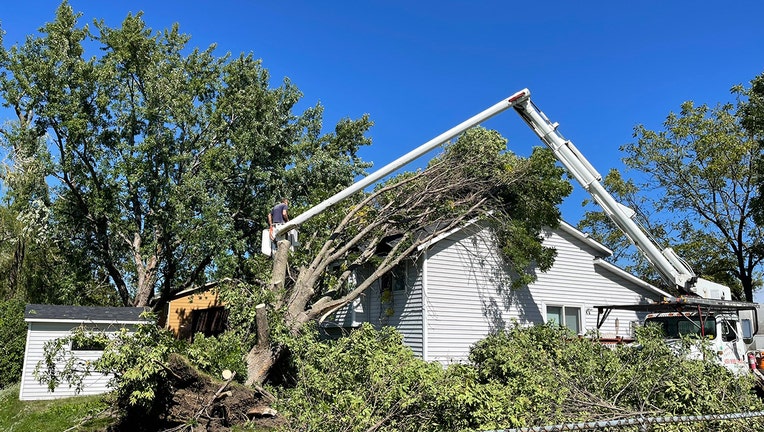 BURNSVILLE, Minn. (FOX 9) - Three EF0 tornadoes have now been confirmed by the National Weather Service to have touched down in the southern Twin Cities metro before dawn on Friday, Sept. 17. These knocked down trees, cut power to thousands and created a mess for hundreds of homeowners.

But, many have been left wondering why the outdoor warning sirens never sounded. The answer to that question is far longer and more complicated than you may think, so you'll have to bear with me.

Tornadoes and strong winds caused damage to trees and buildings in the Twin Cities metro.

First, let's discuss "tornado sirens" overall. That phrase is in quotes because they're not actually tornado sirens at all, they're Outdoor Warning Sirens. They are designed only to be heard outdoors for those that may not have a quick avenue to get severe weather warnings while outside. But, the thought and development behind these sirens is extremely outdated. The vast majority of us have a smartphone with apps of all kinds that can alert us during severe weather. For those that don't have a smartphone, there are plenty of other avenues to get alerts from TVs to weather radios that are free or can be purchased with a rebate. So, if you're still depending on this outdated technology that wasn't even designed to be heard indoors in the first place, then you should reevaluate your severe storm plan.

This doesn't even account for the overall operation of these warning sirens themselves. The sirens are operated by either the county or the city that they're in and NOT by the National Weather Service or meteorologists of any kind. Every county has different criteria for sounding these sirens. Some turn them on only for tornado warnings. Others sound them for any warning at all. Others are somewhere in between. The point is, if you travel from one county or in some cases one city to the next, your warning criteria for hearing these loud sounds change. That's not a well-designed system overall. 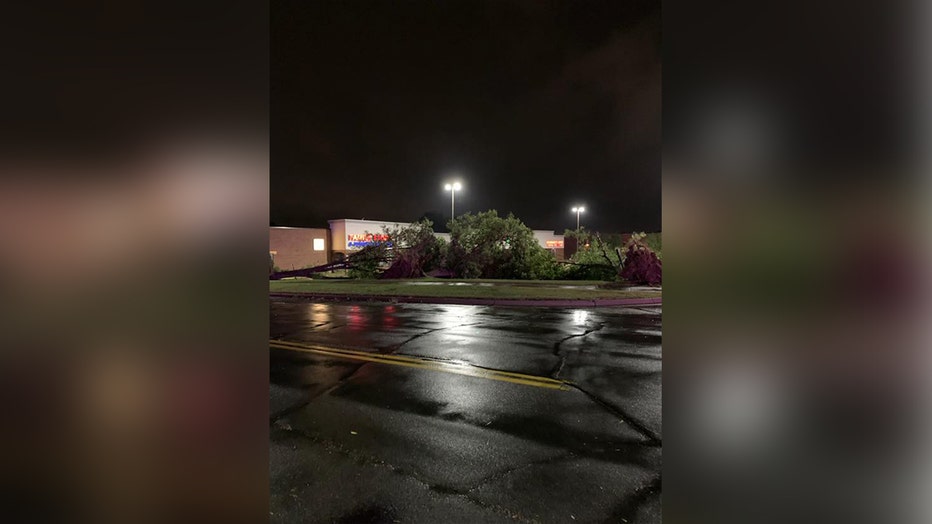 Trees down in Burnsville. Authorities are advising residents to be cautious if driving Friday morning.  (City of Burnsville / FOX 9)

For Dakota County specifically (where the tornadoes occurred), they sound the sirens when there is the potential for greater than 70 miles per hour straight line winds, tornadoes or whenever local officials "believe severe weather is a threat, even if there is no warning from the National Weather Service," according to NWS. There is no mention of hail in the county's criteria. That's about as confusing and convoluted as it gets.

Okay, now to the storms themselves. The most concise explanation why the sirens didn't sound was there was no tornado warning issued by the National Weather Service. While there was a severe thunderstorm warning for gusty winds and the potential for an isolated brief tornado, a warning for those scary spiny things was not issued. Yes, it was absolutely a miss by the weather service, no doubt about it. So, what happened and why wasn't a warning issued? 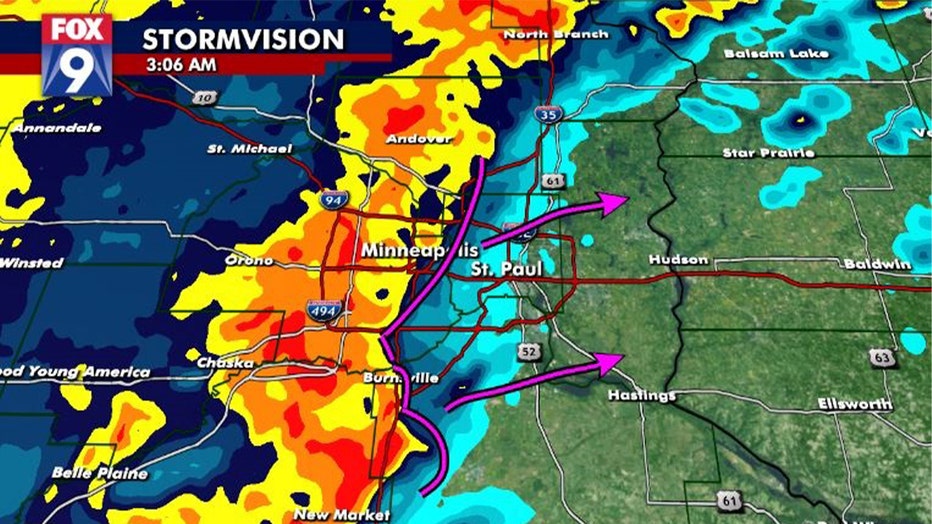 Brace yourself: it's about to get technical. The line of storms that rolled through the Twin Cities is called a QLCS, or a Quasi Linear Convective System. That's a very technical and fancy way of saying that it was a bulgy line of thunderstorms. These lines of storms are some of the most common summertime storms in Minnesota and much of the central United States. Sometimes they produce severe weather and sometimes they don't. Early Friday morning, there was enough mid and upper-level energy (most simplistic way to describe it) that straight line winds with these storms looked possible. However, we were missing the more typical tornadic style atmosphere. But because this wasn't a perfectly straight line of storms, these gusty winds on the leading edge of these storms had converging points. It's these points that these straight winds can interact with each other and create brief but intense spin. This is what can produce weak and very brief tornadoes and that's what occurred on Friday.

These types of tornadoes are some of the most common here in Minnesota, but are also the most difficult to see coming and see on doppler radar. That's because the conditions that produce them may only last a minute or two and often occur underneath the radar beam which makes them impossible to see by radar. Meteorologists are trained to identify atmospheric conditions that they are most common in and can adjust and issue warnings accordingly, but Friday was not one of those instances, and therefore they were missed. THIS is a perfect example of why we should be taking severe thunderstorm warnings just as seriously as tornado warnings.

So, this brings up the question then, if these types of events are fairly common, why doesn't the National Weather Service issue tornado warnings anyway "just in case?" The benefits and draw backs have long been debated in the weather community. But ultimately it comes down to public response to warnings. The more false alarms, generally the more folks don't take action to protect themselves when a warning is issued. This could lead to an increase of casualties over time, so this type of warning is discouraged at the moment.