We are now roughly a week away from the start of April and in the prime spring flood season, so where’s all of this much anticipated high water?

Going back a month or so and it looked like we were in for one doozy of a flood season. With little winter melt and widespread 10-plus inches of snow cover statewide, it was setting up potentially to be a historic spring season.

But since then, we have seen little to no precipitation across the state. While we have certainly had some gloomy days and the occasional light rain or snow event, they have been minimal at best. Combine our dry few weeks with some light melting during the day and a refreeze nearly every night and you have one of the best stretches of weather for flood mitigation I’ve ever seen. 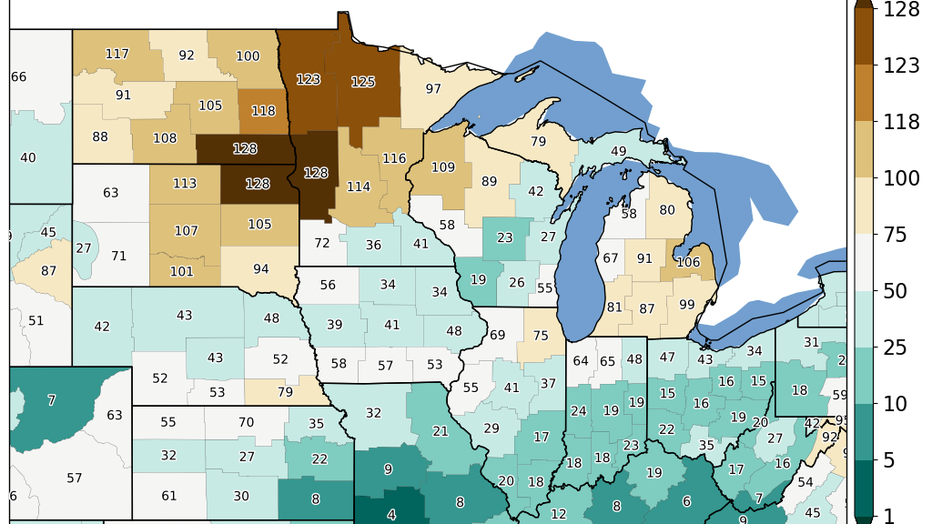 In fact, since Feb. 1, west central Minnesota has recorded their driest such time period on record, dating back to the late 1800s. Northwest Minnesota has had their top 5 driest and much of central and eastern Minnesota are in the top 20.

Now, river levels are still quite high, with minor flooding occurring along much of the Minnesota and Mississippi River valleys already this season. Not to mention, soil moisture across most of the Upper Midwest is still off the charts, running at record high levels, which will prevent a large amount of water from soaking in.

Soil moisture ranking percentile indicating how wet or dry the soil is compared to average. Much of the Upper Midwest is in the 99th percentile meaning that moisture levels are in record high territory.

So we are still in a very risky time period. Moisture, or lack thereof, in the coming weeks will make or break our flood year, but so far so good. Hopefully, it continues.