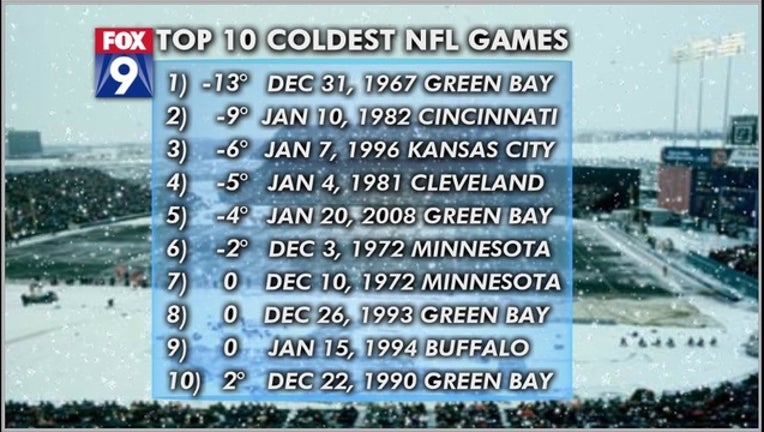 (KMSP) - Either way you look at it; there will be a lot of purple and blue at the big game on Sunday at TCF Bank Stadium. It’s not just the team uniforms that will bear these colors but possibly the faces of the diehard fans in attendance.  Thanks to our first “Arctic Blast” of the season, Minnesota will once again live up to its winter reputation. The NFL has seen its share of cold weather games over the years, with most of them in the Upper Midwest and Great Lakes. As the cold settles in, and the mercury plunges, we could possibly enter the above “Top Ten” list of coldest NFL games ever. It’s a list that the Vikings are familiar with as they hosted two frigid back to back weeks in December of 1972, long before the days of the Metrodome!