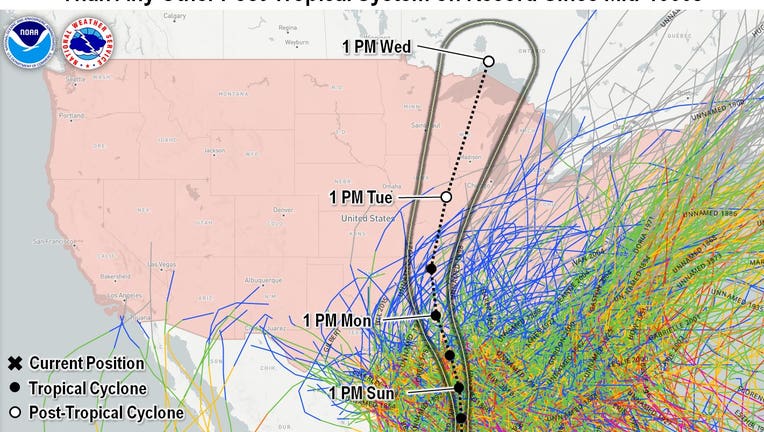 The track of every hurricane that we know of that has moved into the U.S. since the mid 1800s along with the current forecast "cone" for tropical storm Cristobal. Notice the northern end of the forecast cone is further northwest than any other tropic

Tropical storm Cristobal is nothing special. It’s one of likely a dozen or more tropical storms that will form during the Atlantic hurricane season this year. But this ordinary storm could become one of the most unusual in North America in the last 200 years.

The current forecast for Cristobal takes it northward through much if not all of the Mississippi River Valley over the next two or three days. In fact, the forecast cone (the official forecast from the National Hurricane Center to show the possible path for the center of circulation) actually encompasses a small sliver of Minnesota and a large chunk of Wisconsin. IF Cristobal can stay organized, meaning it hangs on to its overall center of circulation, it would be the first to do so this far north and west on the continent in nearly TWO CENTURIES!

While Minnesota will often get remnant moisture from tropical systems that make landfall in the U.S. it’s exceedingly rare to get the organized tropical system itself. So what’s the difference?

Tropical storms of all kinds are moade up of copious amounts of water at every layer of the atmosphere. When one of these systems makes landfall in Texas or even the Southwest U.S., they often quickly fall apart. But a lot like turning your hot water off in the shower, just because the source of the moisture stops, doesn’t mean that the steam that was created just instantly disappears. It’s that leftover moisture after the tropical system has fallen apart that often appears here in Minnesota as it rides the mid and upper level winds into the Upper Midwest. But in the case of Cristobal, the source producing all of the moisture and rain will still likely be intact, making it an extremely unusual storm. 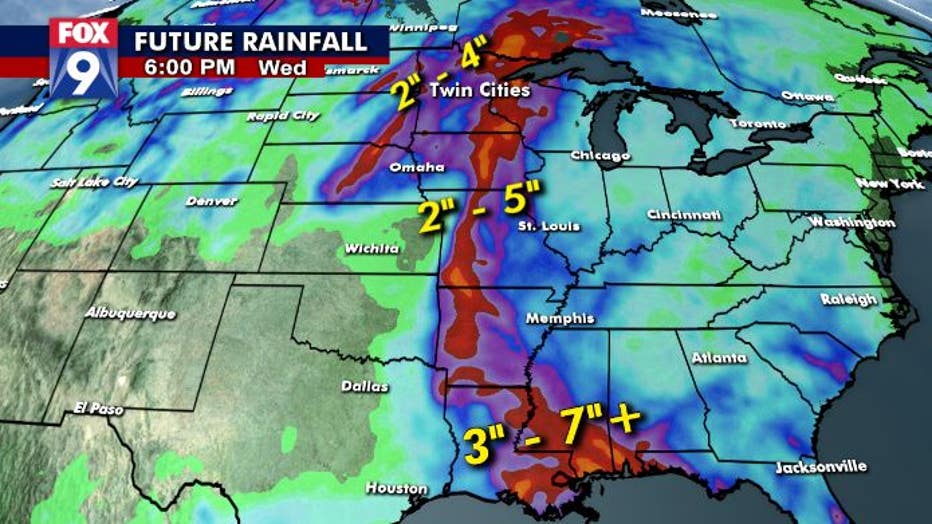 Now, the exact path of where Cristobal ends up is yet to be determined, but it is likely to head pretty much straight north along or near the Mississippi River. It will bring with it the potential for heavy rain with as much as 5” possible north of the Gulf Coast. Mid and upper level moisture will stream out ahead of the rain as well, which could also lead to pockets of very heavy rain in northern and western Minnesota leading up to the actual storm itself arriving Tuesday.  We’ll have to watch this closely as flooding and flash flooding will be a concern in the days ahead.