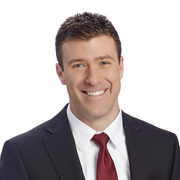 Cody Matz was born and raised a Minnesotan. Originally from Eagan, he spent his early years becoming a Minnesota sports fan and relishing in all things snow, including the famous Halloween Blizzard.

He moved away as a teenager to Arizona where he spent high school and the first couple years of college at Arizona State before transferring to Mississippi State to get his broadcast meteorology degree.

Cody’s first job was in Sioux Falls, South Dakota as the morning meteorologist, but then became the chief meteorologist for over 4 years.

In June of 2013 though, he finally got a chance to move back to his hometown and join the team at FOX 9 as the weekend morning meteorologist. Now you can see him most weekdays at 11 a.m., Saturday mornings, and anytime anyone on the weather team needs a day off.

Cody loves all things food, is an avid Crossfitter, and hangs out with his golden retriever named Copper. 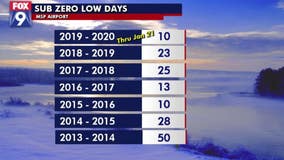 The month of January in Minnesota usually consists of mounds of snow, bitter cold, and putting on more clothes than you even knew you had just to keep from shivering. It can be brutal. But this year hasn’t been all that cold.  I realize that warmth, or lack thereof, is in the eye of the beholder. I’m not saying that it hasn’t been cold because who would call 10° warm? But what I am saying, is that by Minnesota standards, our January has been pretty mild… and that is likely to continue. 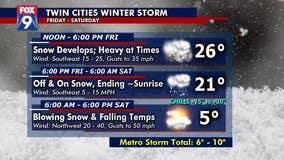 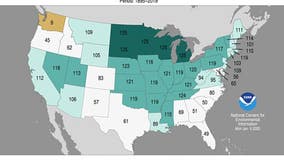 Wet weather was so last year! Now that 2019 is behind us, hopefully the extremely wet weather is too. Several official climate sites statewide finished the year with well above average precipitation. More than 43” of liquid fell in the Twin Cities last year, coming in nearly 3” above what is now 2nd place. Places like Rochester though had more than 55” of liquid precipitation, nearly a FOOT above their previous wettest year, which was 1990. Areas of northern Minnesota though were much drier, with even a patch of land east of Bemidji coming in with moisture below average on the year. But for Minnesota as a whole, we had more precipitation in 2019 than any year previous, with record dating back 125 years. 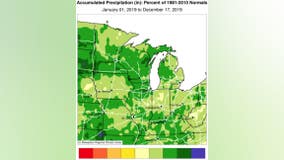 From an extremely snowy spring to a phenomenally wet summer, and then a bit of both in the fall, it’s felt like the precipitation just won’t end. The Twin Cities has now seen over 41 inches of liquid precipitation, the most on record. Well, now other records are falling across the central U.S. The Midwest as a whole has now experienced our wettest year on record. 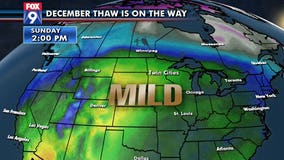 Even though we aren’t quite to the official start of winter yet, it has certainly felt like it… for a while. The last couple weeks of November and the first weeks of December have featured 2 things; cold and snow. While no records were broken during this 4-week time span, it was certainly noticeable by many just how unsettled and chilly it was.  In fact, so far the highest temperature for the month of December has only been 42°, which would be the coldest max temp for the month in nearly 30 years. Well, it looks like our cold and snowy streak is coming to an end… at least for a few days. 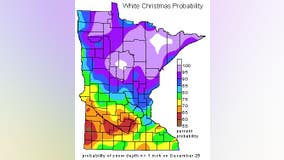 With nearly 20 inches of snow falling in the Twin Cities so far this season, anyone who looks outside can figure out that with a week left to go until Christmas, it would be pretty tough to melt all of this before that magical morning. And you’d be right… with ground temperatures in the teens and the shortest days of the year, it’s gonna be tough to see any drastic melting even IF temperatures warm above freezing in the coming days. 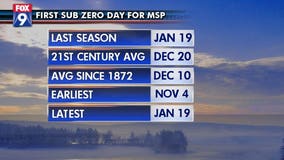 Now that we are a week into December, we are very much getting into the heart of the cold season for much of North America. Around here, that means subzero temperatures and even colder wind chills. But how common are the extremely cold temperatures this time of year? 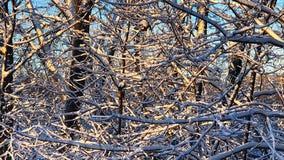 After a couple of days with temperatures in the mid to upper 30s, you’d think our snowpack would be almost gone by now. If you’ve lived in Minnesota more than a couple of winters, you likely know that is just not going to be the case. But if temperatures get above freezing, why does it take so long for our snowpack to melt? Well, the answer is surprisingly complex. 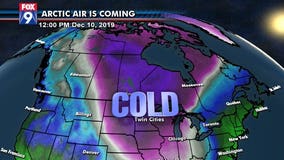 Now that we are in December, we are entering the coldest couple of months for temperatures on average in North America. That means the lack of any sunshine around the North Pole allows the true arctic air to develop over the next few weeks.  Well, as we know, every so often, this air is dislodged from northern Canada and heads south into the Upper Midwest.  Well, it looks like that is about to happen for the first time this season. 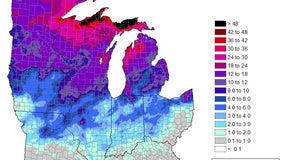 With over 14 inches of snow during our last meteorological fall month, this is now the snowiest November in the Twin Cities since 1997.