Getting through the end of this cold snap

Monday will be another day where the high temperature doesn't get above zero in the Twin Cities metro, but a warm up is on the way later this week.

(FOX 9) - Another wicked cold start to the day across the area with Monday morning lows in the 20s and 30s below zero for most of the area. The few exceptions were the core of the Twin Cities metro and parts of the Mississippi River Valley. 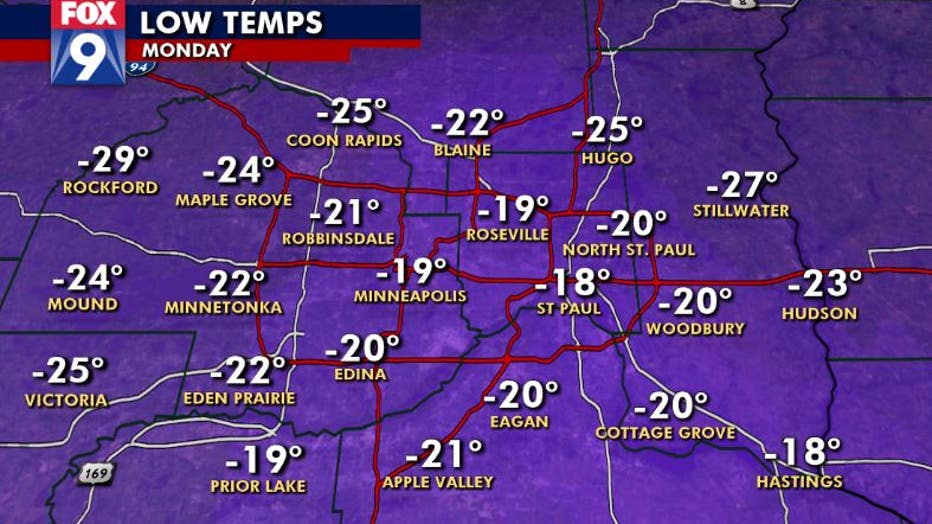 Low temps in the Twin Cities metro on Monday. (FOX 9)

The reason for the warmer conditions in the heart of the metro can be attributed to the "urban heat island" effect and some thin cloud cover that rolled over the area overnight. While greater Minnesota experienced this thin veil of clouds as well, it’s the urban areas that are far more affected by it. 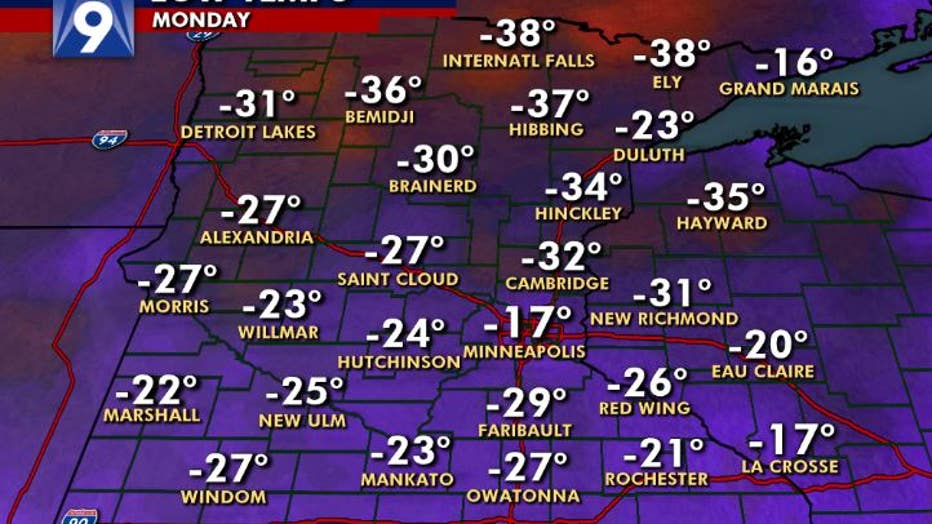 Coldest morning of the season for actual air temps in central and southern Minnesota, but not quite the coldest in northern Minnesota. (FOX 9)

Temperatures are likely to stay below zero once again on Monday. That would be the fourth consecutive day we’ve failed to reach zero. If this does indeed happen, it would be the first time since 1989. Amazingly, if it weren’t for a 90-minute portion Thursday afternoon where we tipped just above zero, we’d be talking about five straight days below zero, something that hasn’t occurred since 1970. 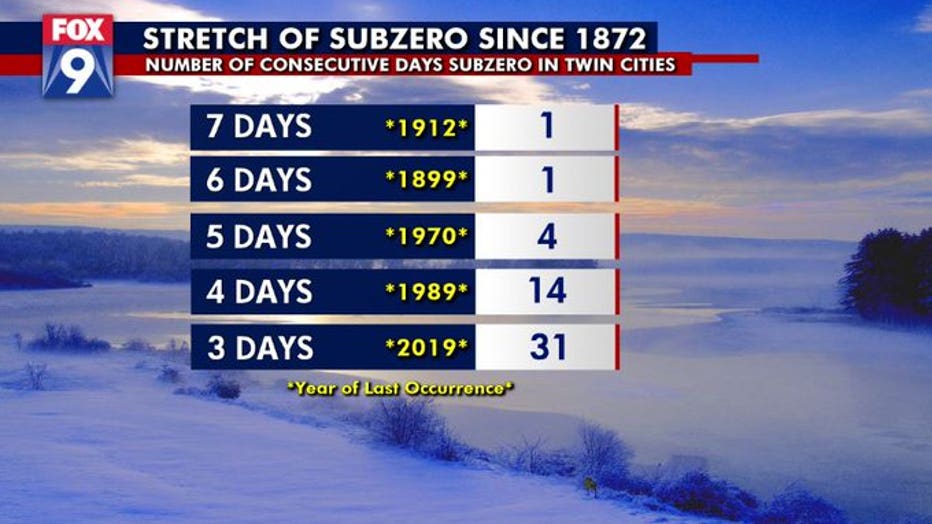 If the Twin Cities stays below zero on Monday, it will be the fourth consecutive calendar day subzero. That's the first time this has happened since 1989. (FOX 9)

Still, we are likely to spend over 110 consecutive hours below zero. Long enough, but far from the record of 186. There’s light at the end of the tunnel though as we start climbing SLOWLY through your workweek with some 20s likely back by the weekend.