The snow started early in Hendricks, Minnesota on Tuesday, Oct. 20.

Tuesday will start out quiet, but the snow is expected to arrive in the Twin Cities metro by lunchtime and could be heavy at times this afternoon.

We will see plenty of white, but this is a very early season event so it will not have the same impacts that a winter snowfall has for the area. 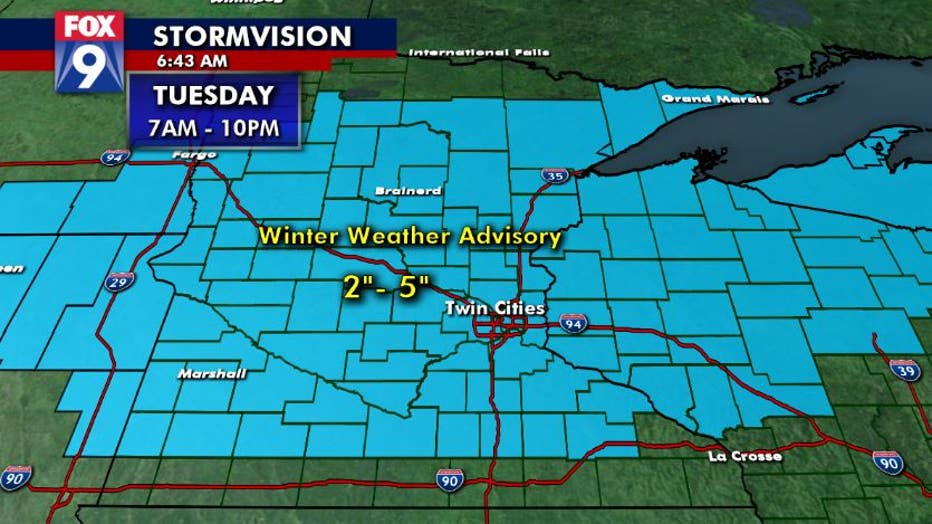 A Winter Weather Advisory has been issued for much of Minnesota Tuesday. (FOX 9)

While roads may be slushy at times, they are likely to be mostly wet with some slippery spots on elevated surfaces like bridges and overpasses.

Overall grassy and cooler surface accumulation is likely to be 2-5 inches area wide, but there will be plenty of melting and compacting throughout the day and the evening. 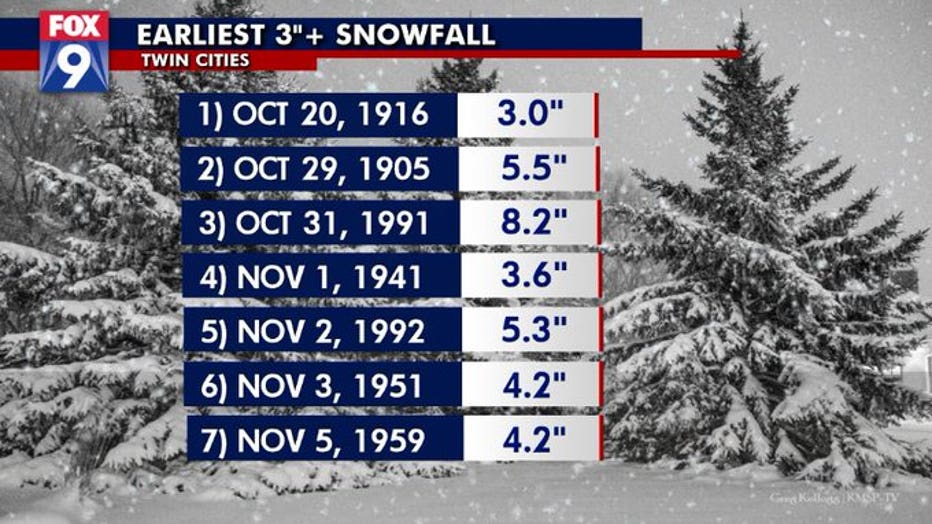 Getting a few flakes or a dusting of snow this time of year may be a tad earlier than average, but it’s nothing unusual. 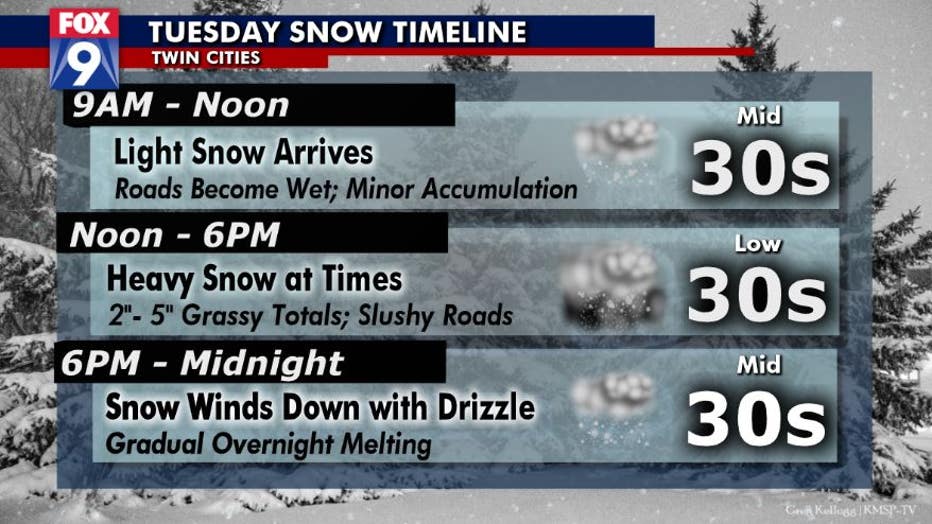 Timeline for snow Tuesday in the Twin Cities metro. (FOX 9)

Get the FOX 9 Weather App to track winter weather live on your phone, with future radar, live streaming video of FOX 9 coverage and alerts and forecasts customized for your current location and favorite locations: fox9.com/apps