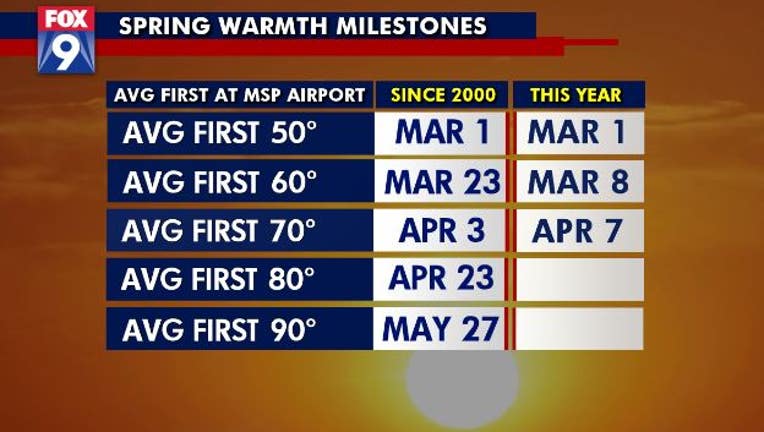 Much of the area started our Tuesday back below freezing, the third or fourth time that’s occurred over the last week. But this will likely be the last frozen start to our day for the foreseeable future and is quite likely to be the last until the fall as our pattern shifts going forward. But despite some mild days, the Twin Cities has yet to make it to 80˚ this season, much later than average.

While parts of the Twin Cities metro have seen an 80˚ day already, the airport has topped out at 78˚ so far. As of right now, we’re roughly three weeks behind the average first 80˚ in the metro. In fact, even Fairbanks, Alaska has experienced an 80˚ day already this season…

I understand that many of us are salivating at the possibility of reaching 80˚ and finally kicking our cold season to the curb, but it’s not as unusual as you might think to see that first one so late in the season. While the average first is in that final week or so of April, it can and often does happen anywhere from March through the end of May. In fact, in 2014 we didn’t crack that warm temperature until the 24th of this month, which is still nearly two weeks away. 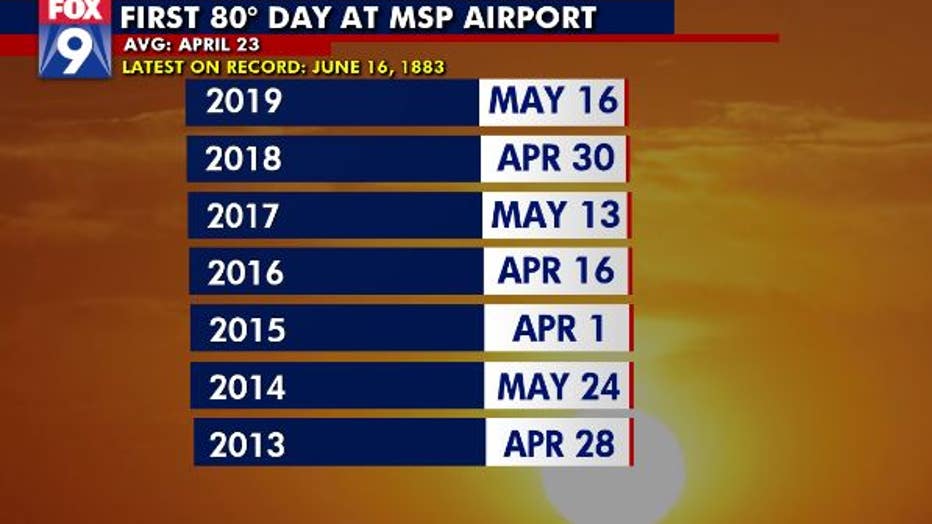 So this has to be some kind of record right? WRONG! We actually don’t make it to 80˚ for the first time until the last half of May on average every 7 or 8 years… so really, we’re right on target. Not to mention, to even be listed in the top 10 years for latest first 80˚, we’d have to hold off until June… which is looking very unlikely.

That’s right, it’s highly unlikely that we would make it all the way to June before experiencing the warmth that comes with the 80s. That’s because we have a significant pattern change coming by the end of this upcoming weekend that would send some very warm air into the Upper Midwest. Warm enough to push that thermometer into the 80s, and maybe even topping 90˚ in a few locations sometime next week.

It’s still a ways off, but the potential is growing every minute. So enjoy the few days left of spring, because we may get a swift kick into summer before you know it!