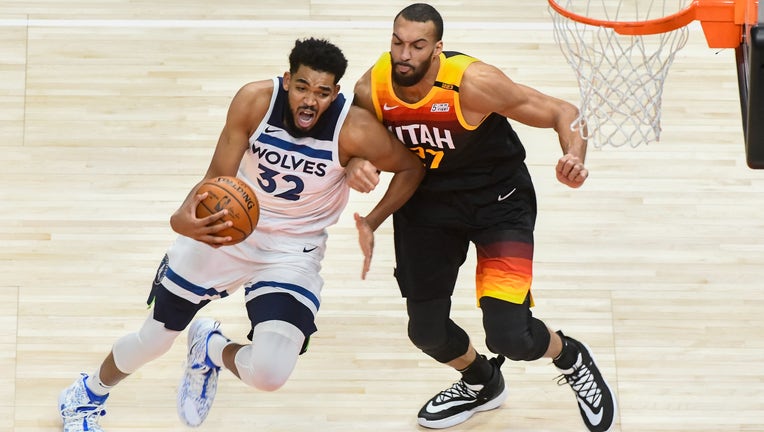 Karl-Anthony Towns #32 of the Minnesota Timberwolves drives against Rudy Gobert #27 of the Utah Jazz during a game at Vivint Smart Home Arena on December 26, 2020 in Salt Lake City, Utah. (Alex Goodlett / Getty Images)

(FOX 9) - The Minnesota Timberwolves announced Sunday that Karl-Anthony Towns will miss time with a wrist injury suffered in Saturday's win in Utah.

The team says Towns suffered a dislocation during the fourth quarter of the matchup against the Jazz. The injury will not require surgery, officials say.

Towns won't be available on Sunday night as the Wolves head to Los Angeles to take on the Lakers. The Wolves say his status will be re-evaluated weekly as he undergoes treatment.

The Wolves have started the year with two wins with Towns averaging 22.6 points, 11.5 rebounds, and 5 assists over two games.