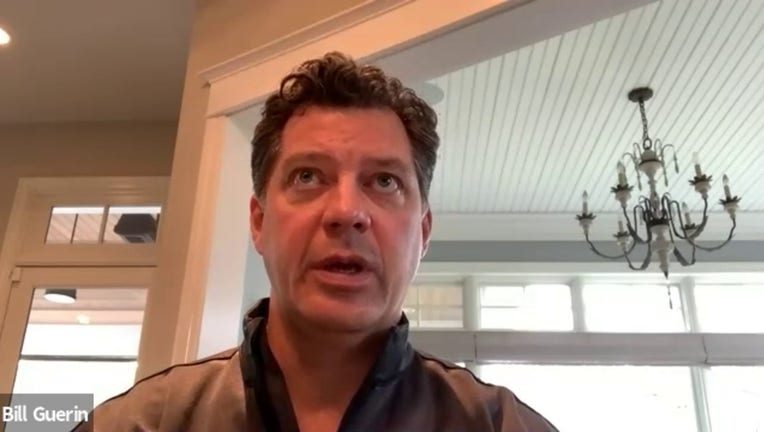 Minnesota Wild GM Bill Guerin spoke Monday after the team was quiet at the NHL trade deadline, not making any moves.

MINNEAPOLIS - The NHL trade deadline came and passed Monday afternoon, and it could not have been a quieter time for the Minnesota Wild.

General Manager Bill Guerin was just fine with that. There’s already been plenty of change in his short time as the head of the front office. Now it’s time to see how some of those changes play out. The reality for Guerin and the Wild is they are 40 games into a 56-game regular season, and they’re comfortably in the Western Conference Playoff picture with 16 games to play.

"It was very slow for us, didn’t talk to nearly as many people as past deadline days. But that was all kind of part of the plan. It’s tough to not be involved in this stuff, but for the long-term plan, and for short-term I think we’re better off. The day went slow, exactly like we thought it would," Guerin told reporters on Monday.

The Wild has a roster that’s not only capable of making the playoffs, but making a run once they get there. The team has gotten younger and added more skill, and it’s paid off with wins.

Devan Dubnyk and Alex Stalock were both gone before the season started, leaving Kaapo Kahkonen and Cam Talbot to take over in net. They’ve more than held their own. The Wild also has a potential franchise cornerstone player in Kirill Kaprizov.

The rookie is set to shatter franchise records as he leads the Wild with 34 points, including a team-high 16 goals, in 40 games. Guerin wasn’t about to mortgage the franchise’s future and trade high draft picks for players that wouldn’t be here beyond this season, even if it meant bettering their chances at a Stanley Cup.

Quite frankly if it’s not broken, there’s nothing to fix.

"We’re just not in a position right now to be using any of the assets we have for rentals. I think our day will come, but with how well our team has performed, the chemistry that we have on our team, I don’t feel the need for it today," Guerin said. "Our time will come where we do that, but today just wasn’t the day."

With 16 games to play, the Wild is at 51 points and seven points clear of the final playoff spot in the Honda West. Starting Wednesday night, they have a stretch of three games in four nights at Xcel Energy Center between the Arizona Coyotes and San Jose Sharks.

Guerin feels the current roster, when fully healthy, can make a playoff run. For now, the focus is on making sure they get there. Because anything can happen once you get to the Stanley Cup Playoffs.

"The league is so close and so tight, we feel we can beat anybody and we know that anybody can beat us. It’s just the way the league is set up. We just get into the playoffs, we can size up our opponent and go round by round. I’m confident," Guerin said.