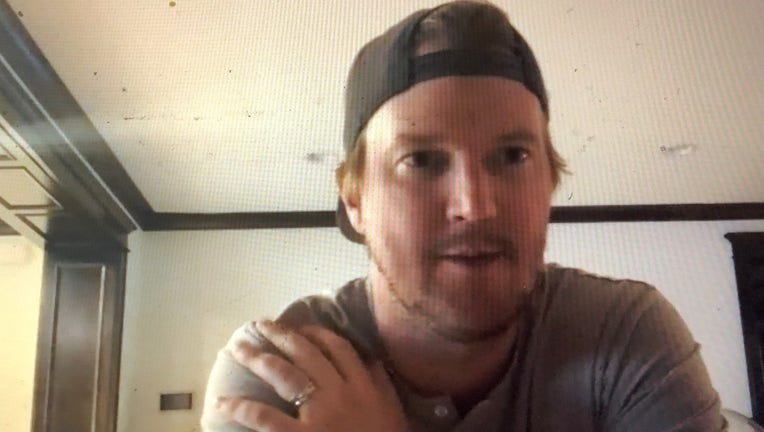 Goaltender Devan Dubnyk opened up Thursday about a roller-coaster season with the Wild that's now on pause due to the Coronavirus pandemic.

The Wild acquired Donato last season in a trade that sent Charlie Coyle to the Boston Bruins. Donato, 24, had 14 goals and nine assists in 62 games last season with the Wild. He has 130 career points between the Bruins and Wild.

After six years and 321 starts in net for the Wild, Dubnyk was traded Monday to the Sharks, along with a seventh round draft, pick, for a fifth round selection in the 2022 NHL Entry Draft.

Dubnyk, 34, struggled in net last season for the Wild. He finished 12-15-2 with a 3.35 goals against average and a .890 save percentage along with one shutout in 30 games. He spent time away from the team last season while his wife battled health issues.

It wasn’t the only move Guerin made official on Monday. He also re-signed forward Nico Sturm and defenseman Carson Soucy.

Sturm, 25, signed a $1.45 million contract. He had two assists in six regular season games with the Wild this past season. He made his debut on Dec. 17 at the Las Vegas Golden Knights, and recorded his first NHL point with an assist at Arizona on Dec. 19.

Sturm made his Stanley Cup Playoffs debut in Game 3 of the play-in series against the Vancouver Canucks, and scored his first playoff goal in Game 4. Sturm signed as a free agent with the Wild back on April 1.

Soucy, 26, had seven goals, seven assists, 69 hits and 61 shots on goal in 55 games last season for the Wild. He played in all four playoff games in the Vancouver bubble, and set a franchise record among rookie defenseman last year with a plus-16 rating.

Soucy has 14 career points in 59 games with the Wild, and has appeared in eight playoff games.

Guerin has been busy this off-season. He signed Jonas Brodin to a 7-year contract extension, traded Eric Staal to the Buffalo Sabres for Marcus Johansson, traded a draft pick to the Pittsburgh Penguins for Minnesota native Nick Bjugstad and opted not to re-sign veteran Mikko Koivu.

The Wild has six picks in Tuesday’s NHL Entry Draft, including the No. 9 overall pick. The NHL Draft will be held virtually.