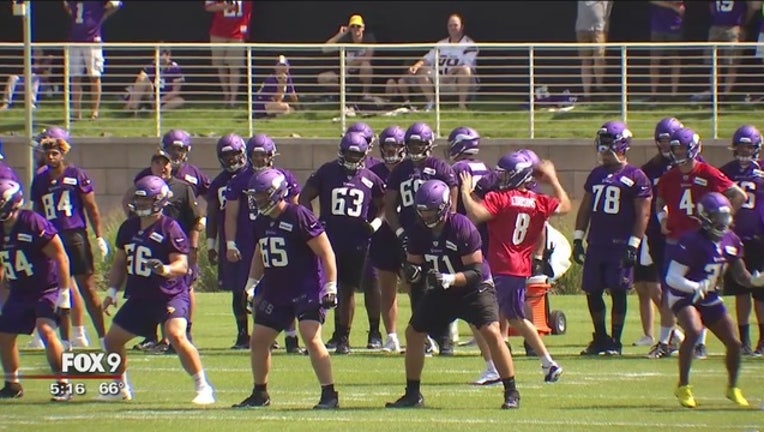 EAGAN, Minn. (FOX 9) - The team kept practice light on Friday as the Vikings wrapped up the 2019 training camp in Eagan, Minnesota.

Players were in helmet and shorts as they eased things to a close at practice. Despite the light workload, rookies were taking the final day of training camp serious, including seventh-round wide receiver Olabisi Johnson, who is hoping to make an impact against the Seahawks.

In New Orleans, Johnson reeled in a big touchdown as the team cruised to a preseason win. Friday, he was working to build on that success.

The strong game one performance gave Johnson a little more swagger headed into the past week of training camp. It's also helped him focus on his game, after a whirlwind of an offseason that started with team workouts, before the combine and draft. Johnson tells us it's nice to step back on the field and do what he loves.

"I think just getting onto the field," Johnson said. "Because you go through this whole draft process, combine process, Pro Day process and it's like you're by yourself. There's nobody else supporting you -- I mean obviously there are people supporting you -- but you're on your own, you have to do the work on your own. And once you do that, you get the reward. You're finally on a team playing the sport you love... It's definitely a dream come true."

Johnson and the rest of the Vikings will step back onto the field on Sunday for game two of the preseason. The game kicks off at 7 p.m. on FOX 9.