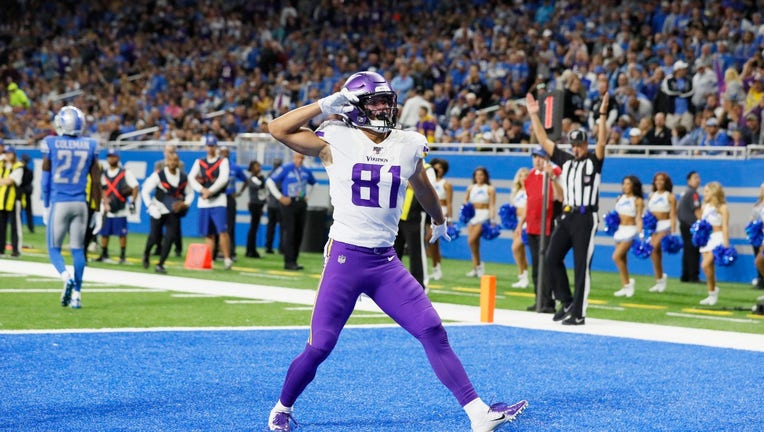 MINNEAPOLIS - Bisi Johnson had to accept a new reality in 2021 as the Minnesota Vikings missed the NFC Playoffs for the second straight year.

For the first time in 18 years, he watched from the sideline as the one-possession losses piled up for the Vikings, and ultimately resulted in the dismissals of Rick Spielman and Mike Zimmer. Johnson was poised to compete for the No. 3 receiver spot in his third NFL season, but it was over before it ever got the chance to start.

Johnson tore his ACL during a 1-on-1 drill in training camp. About nine months later, he’s back on the field as the Vikings are finishing up Week 2 of organized team activities at TCO Performance Center. It took missing the first football season of his life to realize how much he loved the game.

The Minnesota Vikings are in the thick of installing new offensive and defensive systems during Week 2 of organized team activities at TCO Performance Center.

"You kind of get stagnant, you know? You're going through the same motions. You're going to work every day. You've been practicing every Monday through Friday the last three years I've been in the league. You know, as much as I still loved it, I probably lost it a little," Johnson told reporters after practice Tuesday. "And then I sat out a year and I'm like, 'I really missed this. I really missed football.'"

Johnson played 16 games as a rookie, making six starts, and finished with 31 catches for 294 yards and three touchdowns in 2019. Not bad for a seventh-round draft pick. In 2020, he earned a starting role when Adam Thielen was sidelined with COVID-19. In three starts, he had 14 catches for 189 yards. His best game was a 28-27 win at Carolina, seven catches for 78 yards.

Not only is Johnson getting reps with the first-team offense at OTAs, so is tight end Irv Smith Jr. after missing last season with a torn meniscus suffered in the preseason. The pair should have their chance to make an impact in 2022, behind Justin Jefferson and Thielen.

"Olabisi and Irv are two guys that missed all of last season that I was expecting big things from," quarterback Kirk Cousins said. I remember in 2020 when Adam was out with COVID, we put Olabisi in the spot where Adam would normally be and he just had a great game. Kept getting open, he was reliable. I remember thinking that in Year 3, he was going to take a big step and really show up. I’ve always had a high opinion of him and I think in Year 4 now I expect him to have a very productive year and provide a great deal of depth for us."

Smith, a second round pick in 2019, had 365 receiving yards and five touchdowns in 2020 and was poised to take over the top tight end spot last year with Kyle Rudolph gone to the New York Giants. Then Smith was sidelined with his own knee injury.

He’s back and slowly getting in the mix with the offense at workouts, while also doing side work during team situations.

"I felt he was one of our most impactful players during training camp last year. Then he hurt his knee against the Chiefs and that was the last we saw of him. Both those guys I’m really excited about," Cousins said.