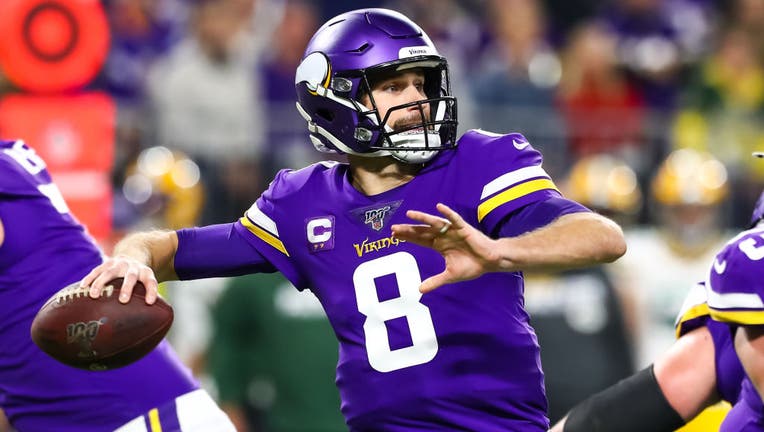 MINNEAPOLIS - The Minnesota Vikings have had months of new normals, going through a virtual off-season due to the COVID-19 pandemic.

They had their most recent taste oddity, playing the season-opener against their biggest rivals without fans at U.S. Bank Stadium. The Vikings had trouble creating their own energy, especially on defense, in a 43-34 loss to the Green Bay Packers.

This week, they get on a plane for their first road game of 2020, at the Indianapolis Colts. It’ll be anything but normal. Gone are the days of flying out on Friday, dinners out and staying in hotels.

“Typically guys go out to restaurants the night before, they can’t do that. Those things are going to be different, but once you get to the stadium, I think this week will be more normal than it was last week,” Vikings coach Mike Zimmer said. “Last week there was a lot of things going on, a lot of uncertainty.”

The game at Lucas Oil Stadium could also have a different feel, since a limited amount of fans will be allowed. Last Sunday, there were no fans at U.S. Bank Stadium. State guidelines don’t allow for more than 250 people inside a public gathering.

In the NFL’s season-opening Thursday night game between the Kansas City Chiefs and Houston Texans, there were around 15,000 fans in attendance. Sunday, about 2,500 fans will be at Lucas Oil Stadium. Vikings players have been alotted two tickets for family.

It won’t feel like a full house and the typical hostile road environment, but it’s better than nothing.

“I really don’t know, I’m not sure what 2,500 fans will be like. I don’t know if 2,500 fans in a certain stadium has a different sound than 2,500 in another stadium. When they had 15,000 at Arrowhead, it was still producing a fair amount of noise,” quarterback Kirk Cousins said. “When you have zero, it’s not producing much so when you have 2,500, it’s somewhere in between.”

Cousins added that the Vikings stayed in a hotel last Saturday night before facing the Packers, which is a team tradition the night before home games. They can have meetings, lock in and get away from outside life to focus on the game the following day.

“I’ll just react to the process. We stayed in a hotel for the home game this last weekend, and got a little taste of what that’s like. I think if anything it’ll be very simple and we’ll be focused on football and won’t have a lot of other distractions of any kind,” Cousins said.

All the protocols remain the same. They’ll get tested for COVID-19 before they fly out. But the logistics are far different.

They fly out, go directly to Lucas Oil Stadium, go back to the airport and come home. Their focus, as much as it can be, will be on beating the Colts. It’ll be different for Indianapolis as well, playing in front of a greatly-reduced crowd of just 2,500 fans.

“It’s different for everybody and it’ll be a little bit different with fans, but at the end of the day it’s just football and it’s what we’ve got to try to keep it like,” offensive lineman Brian O’Neill said. “Just playing football and being able to continue to do out there and do our job, do it at a high level.”

“We’ve been through this one time, we just have to be focused on our job and what we’re going to do and we can’t worry about crowds and protocols, anything like that,” Zimmer said. “We have to understand what our job is and go out and play real recklessly and hard.”