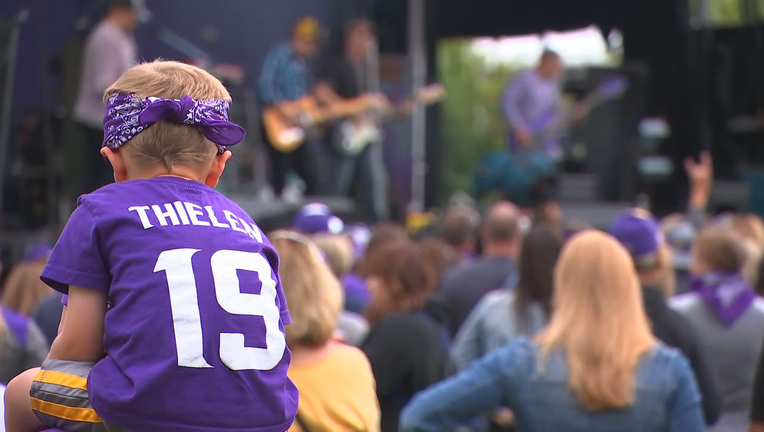 An Adam Thielen sits on his parent's shoulders as a band takes the stage at Commons Park for the Vikings kickoff rally.

MINNEAPOLIS (FOX 9) - Vikings fans packed Commons Park outside U.S. Bank Stadium on Saturday as the team got ready for the start of the regular season.

The Vikings held a "kickoff rally" to gets fans excited for week one. On Sunday, the team will host the Atlanta Falcons at home.

At the park on Saturday, rock star Bret Michaels headlined a concert and party that featured Vikings legends, cheerleaders, Viktor the Viking, and the Skol Line.

Vikings fans packed Commons Park outside U.S. Bank Stadium on Saturday as the team got ready for the start of the regular season.

Among the crowd was superfan Sir Skolt, who is thrilled about the start of the season. And he is showing no mercy for Vikings opponents.

"Viking gameday is victory day," he said. "We got to take down our enemies. Starting with Atlanta on Sunday, take them down." 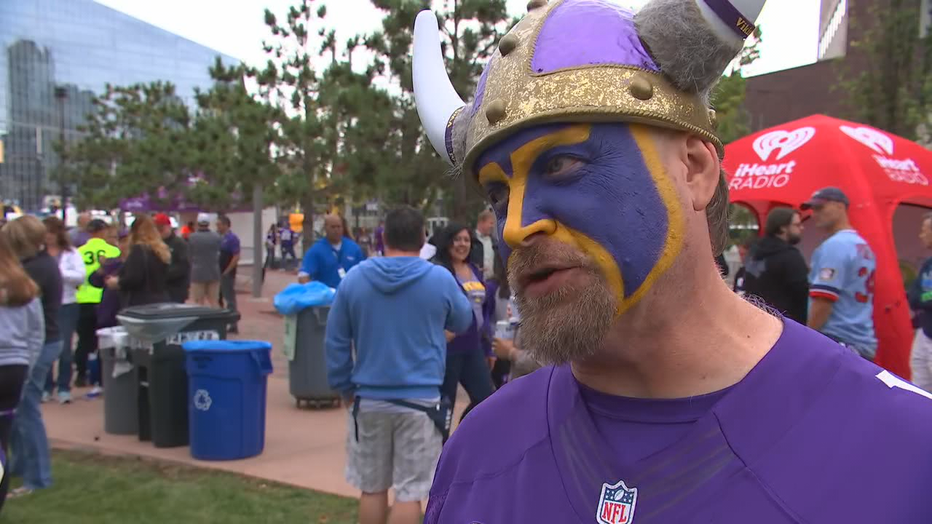 Sir Skolt is excited for the start of the season.

Vikings kickoff is Sunday at noon. If you're not at U.S. Bank Stadium, you can watch the game live on FOX 9. Before the game, FOX 9 has your pregame coverage with Vikings GameDay Live starting at 9:30 a.m.