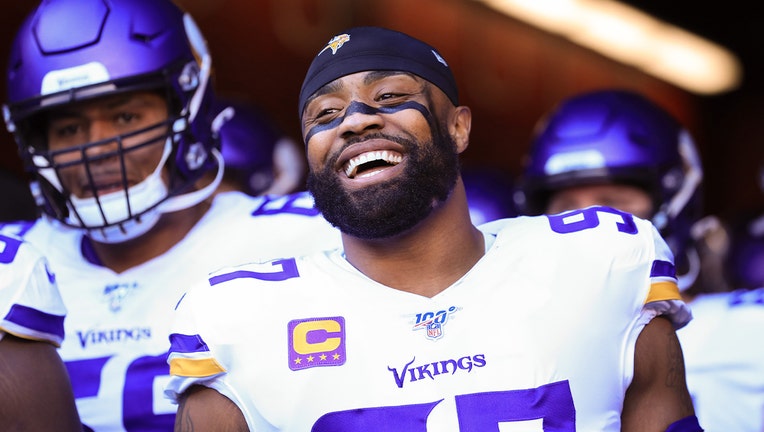 Everson Griffen #97 of the Minnesota Vikings walks through the tunnel prior to the NFC Divisional Round Playoff game against the San Francisco 49ers at Levi's Stadium on January 11, 2020 in Santa Clara, California.  (Sean M. Haffey/Getty Images / FOX 9)

Head coach Mike Zimmer said Griffen got into a crash after swerving to avoid hitting a deer.

Minnesota Vikings coach Mike Zimmer said Griffen got into a car crash after swerving to avoid hitting a deer. He was placed in concussion protocol and will miss Sunday's game against the Arizona Cardinals.

Griffen has been ruled out for Sunday’s game against the Arizona Cardinals. The Vikings injury report also listed linebacker Anthony Barr and cornerback Harrison Hand as out and linebacker Eric Kendricks as questionable.