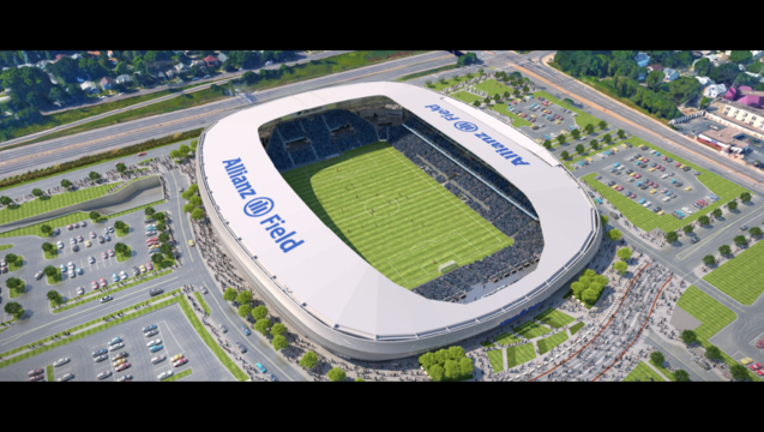 Photo courtesy of the Minnesota United.

ST. PAUL, Minn. (KMSP) - The United States will play their first match of the 2019 Concacaf Gold Cup at June 18 at the new Allianz Field in St. Paul.

Allianz Field will host Group D, which includes the U.S., on the first day of the tournament. The Gold Cup is the official national team championship for the region, which consists of North and Central America and the Caribbean.

The U.S. men’s national team will be looking to defend their title at the tournament next summer. The complete groups and schedule will be announced early next year.

The 19,400-seat stadium is currently under construction and is expected to be complete in February.

Minnesota United season ticket holders will get first chance at tickets for the Gold Cup matches. Tickets will go on sale in mid-November.