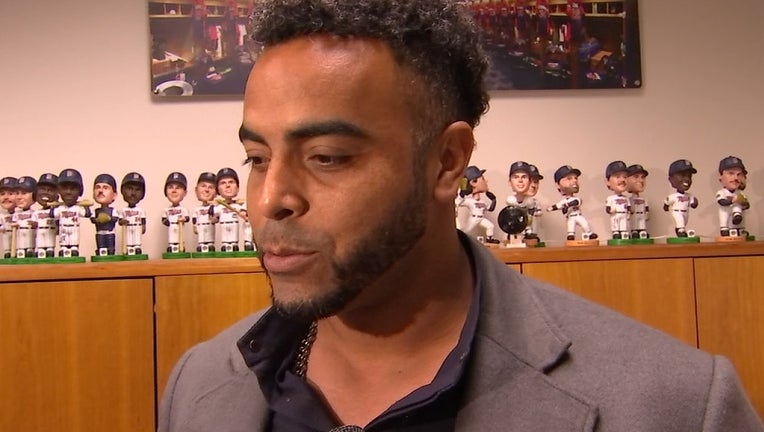 The honors just keep piling up for Minnesota Twins Designated Hitter Nelson Cruz. Last month, he was named a finalist for the Muhammad Ali Sports Humanitarian Award. Sunday night at the ESPYs, he was named the winner.

(Story updated from the original to remind people of many of the good things that Nelson Cruz has done in the Dominican Republic and throughout the cities that he has played in.)

The below is from the article in May when Cruz was named a finalist for the Ali Humanitarian Award. At Twins Daily, we congratulate Cruz on this great honor!

Nelson Cruz has been working hard and giving back to his communities throughout his career, but when he heard that he was being given an award and recognized for that effort, he was deeply humbled.

Cruz said, "It means a lot for me, my family, and my foundation. I think over the years, we've been working to make a positive impact for kids through sports in various locations. And we like to go beyond that. Helping my communities with whatever the needs might be. It's an honor It's something that makes you work harder, and makes you do more if you can."

Cruz has always put “helping others” high on his list of priorities. Even before coming to the Twins, he has established many programs offering help to those less fortunate.

For instance, Cruz has:

The Muhammad Ali Sports Humanitarian Award is given to an athlete whose continuous, demonstrated leadership has created a measured positive impact on their community through sports.

Muhammad Ali was well known for his core principals including confidence, conviction, dedication, giving and respect. Candidates for this award embody those principals as well.

There are a couple of other Twin Cities connections among the nominees this year. Former Timberwolves All Star Kevin Love, now with the Cleveland Cavaliers, is a nominee. So is former Minnesota Lynx star Maya Moore. The other nominees are Devin and Jason McCourty of the New England Patriots and Titus O’Neil of WWE fame.

By being a nominee for this award, Cruz’s Boomstick23 Foundation will receive a $25,000 grant. The winner, which will be announced July 21st at The 2020 ESPYs, will have $100,000 grant awarded to his or her charity. Each of the nominees will be featured on ESPN studio shows the week of June 15th.

Roots in Giving Back

Where did Nelson Cruz learn or develop the will to give back?

The slugger said, "I think everything starts with my dad. He's the one who taught me the importance of giving back."

Growing up in the Dominican, not everyone is able to give back financially to their communities, but Cruz's father, Nelson Cruz, Sr., was able to show his drive to help his community in other ways.

In addition, as he grew as a ballplayer, signed and eventually became a big leaguer, he was able to work with several current and former players from the Dominican Republic on giving back.

"We have a lot of good players that are doing a lot of great things for our country."

He specifically mentioned players like Pedro Martinez, David Ortiz, and Robinson Cano as players that were leading the way in developing foundations to give back in their country.

When baseball starts again, there will be many requirements and restrictions for players on the field and in the clubhouse due to COVID-19. Things like social distancing and safe practices will also affect how work in the community will be going forward.

"It's going to be difficult, but I think at this time more than ever, people need other people. So we will have to deal with that, the distance and how we take care of each other. But definitely, some way or another, we will have to go out there and be with kids, be with fans. You have to reach those people because they need joy. They need to see their heroes. They need to see the players, and need something to be happy about. I don't know how we'll do it, but we will come up with some ideas and we will get it done."

In the short-term, he wants to make sure the clinics in the Dominican are getting what they need to help fight the Corona Virus, including needed tests. He wants to help in providing gloves, masks and other necessities for safety. He also wants to make sure doctors and nurses are provided with all the tools and equipment they may need.