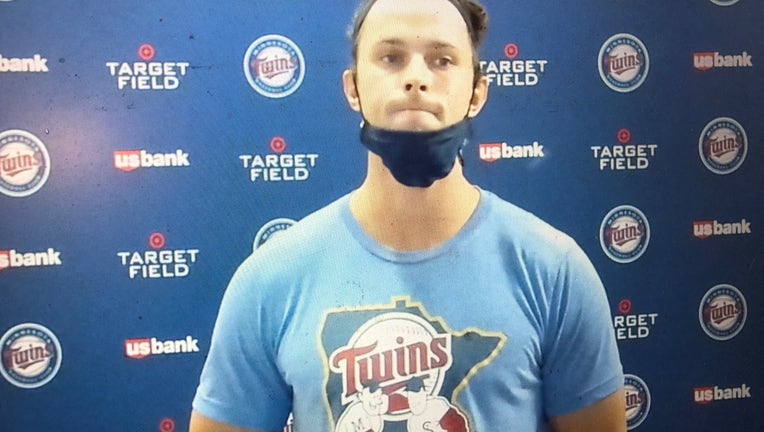 Twins outfielder Max Kepler talked Wednesday about being back at Summer Camp at Target Field.

MINNEAPOLIS - Max Kepler believes if given the opportunity to play a 162-game season, the Minnesota Twins of 2020 could break the home run record they set 10 months go.

“Offensively power-wise, I couldn’t have imagined a team before I stepped onto this one with more power. I don’t think there is,” Kepler told reporters via Zoom on Wednesday during Summer Camp.

Kepler took a big jump in home runs last season, from 20 to 36. He says he changed his approach at the plate and became more aggressive. Earlier in his career, he molded himself after Joe Mauer and tried to take a strike to get an at-bat started.

He also watched teammates hit bombs in Spring Training, and wanted to be part of the Bomba squad.

“I just learned to take a more offensive attack, being ready 0-0 once the at bat is started, I ambushed a lot of pitches. As opposed to years before where I kind of molded my approach to be more of Joe Mauer’s. You take a pitch and then you start your at bat, but it’s tough to do unless you’re Joe Mauer,” Kepler said.

Kepler is trying to stay positive as the Covid-19 pandemic and tense negotiations between MLB and the players’ union ultimately led to a 60-game season. With about two weeks go to until Opening Day, MLB shut down Spring Training across the country in mid-March.

Kepler headed back to the Twin Cities, and immediately started working out with teammate and catcher Mitch Garver. They abided by Covid-19 guidelines, and got their work in at Target Field. Kepler also did conditioning, running on open fields with his girlfriend, at home. Mauer also offered up a secret batting cage at the family’s auto dealership in the east metro for Kepler and teammates, who could do so safely, to use.

With the team coming together for Summer Camp, it’s starting to feel like baseball season again.

“It’s just great to be around the guys again. Now it’s every team and each man for their team, it’s going to show on the field because you’re not playing for fans in the stands, you’re really just playing for your team,” Kepler said.

The down time due to the Covid-19 pandemic hasn’t come without some adversity. Kepler’s parents were separated for a few months because of the travel ban between Europe and the U.S. Kepler’s mom was in Florida, while dad was back home in Germany.

Other than not being together, Kepler wasn’t worried about them as they’re healthy for their age.

“The only thing I was worried about was my mom being on her own for two to three months by herself,” Kepler said.

The reality for Kepler and the Twins is the 2020 season presents a new normal. Regular testing for Covid-19, temperature checks, constant sanitizing and limiting time in the clubhouse. The socializing is done outside on the field, at a distance.

There’s also an American League Central Division title to defend. In a 60-game season, a fast start is paramount, as are staying healthy and safe.

“I think everyone here is just trying to stay in the present. We’re going to take it day to day and see what happens from there. We have the guidelines, the protocol, the amount of games. I think we’re just going to get down to work and let everything happen,” Kepler said.