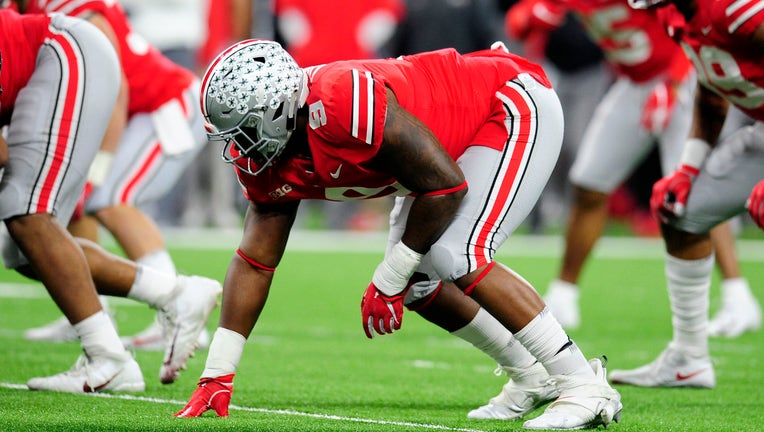 (FOX 9) - Training to be a professional athlete can always be an uphill battle.

It is a task that has not been too tall for NFL hopeful Jashon Cornell, with Ramsey Hill in St. Paul becoming his personal training ground.

“Being a little kid and coming up and down this hill riding your bike, trying to see how fast you can go,” Cornell recalled about his childhood experiences at this familiar site. “I think about it now, and now I’m running up the hill.”

Cornell is now getting himself in gear for the NFL Draft later this month by running up and down the steep incline three times a week to increase his endurance.

A test every time, but one that’s worth it as he tries to break into the pros as a pass rusher.

“There’s something up there that you can grab each time,” Cornell says about his mentality each time he runs the steep incline.

“If you want to work out as badly as you say you do, if you want to get better you have to beat the obstacles in life.”

Cornell knows all about beating obstacles on the football field.

Coming out of Cretin-Derham Hall as a four-star recruit, Jashon went to Ohio State where he battled injuries before battling on the field with the Buckeyes.

“Going into college, so many people had high hopes of me,” Cornell recalled.

“I got hit with a hernia (my sophomore year) and it set me back in my career, but then this past year I feel like I really stepped onto the scene.”

Last season gave Jashon a chance to breakout with the Bucks, becoming a key piece to a defense that was one of the best in college football.

At defensive tackle, Cornell was able to compile 4 sacks and 6.5 tackles for loss in the 2019 season.

“Being a leader on that defensive line really showed me that I can do this and that I can play at a high level,” Cornell said.

After a successful stint in Columbus, Cornell is now hoping to be one of the next in the lineage of Ohio State’s linemen to make a mark in the league.

The Buckeyes have had seven defensive linemen selected in the NFL Draft since 2016.

“If you played in that defensive lineman room and you step on to an NFL team, you’re going to be prepared,” Cornell says of his experience at Ohio State.

With a just over week until the draft, the clock is now ticking on where Jashon could end up in the NFL.

For now, he’s taking advantage of every minute he can as he trains. Eagar to begin a new climb toward the top in professional football.