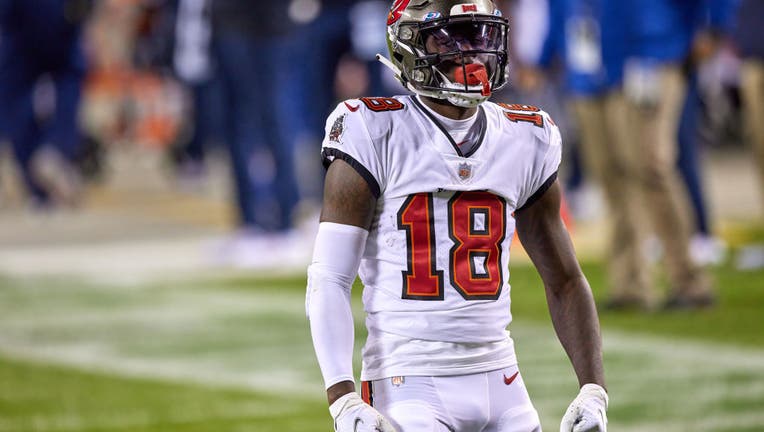 MINNEAPOLIS (FOX 9) - Minneapolis North standout Tyler Johnson is one win away from winning a Super Bowl in his rookie season.

When the former Gopher suits up on Sunday with the Tampa Bay Buccaneers, he will be chasing a Lombardi Trophy in his new home city in Tampa.

When former Gopher and Minneapolis North standout Tyler Johnson suits up on Sunday with the Tampa Bay&nbsp;Buccaneers, he will be chasing a Lombardi Trophy in his new home city in Tampa.&nbsp;

But his community back at home will also be backing him on his quest for a Super Bowl ring.

"He and his parents, they’re from here," said Charles Adams, North High’s head football coach. "He knows everybody and everybody knows him."

No one knows about Tyler Johnson’s impact on the North Minneapolis community than Adams, who coached Johnson at Minneapolis North High School. Then, Johnson was known as the quarterback who helped revive the Polars program.

This once in a lifetime opportunity of playing in the biggest game of the season in the NFL is not a shock to Adams.

"I knew the kid was special," Adams said of Johnson. "For him to do (in the NFL) what we as a community knew he could do, it doesn’t surprise us."

Tyrone and Lacreasha Johnson have been along for the entire ride on their son’s long road to a Super Bowl. Tyler’s parents are beaming with pride knowing that their son is living his dream early on in his NFL career.

"He’s going out there and doing what he loves to do," Tyrone Johnson said.

Johnson is a beloved target in the playoffs for Tampa Bay, too. The rookie receiver has made a key third down catch in each of the last two games, and drew a game-clinching penalty in the NFC Championship.

Tyler’s parents are making the trip to Tampa for Super Bowl 55 and are bracing for an emotional game on Sunday.

"I’m going to be nervous, I’ll be excited," Lacreasha Johnson said. "I’ll go through all of the emotions."

That emotion also hits on a level that is close to home as well. As Tyler carries the pride and hope of an entire community along with him on the field.

"We all had the opportunity to cheer him on, and he hasn’t been able to just leave it to us," Lacreasha said. "Everybody is right there with us."