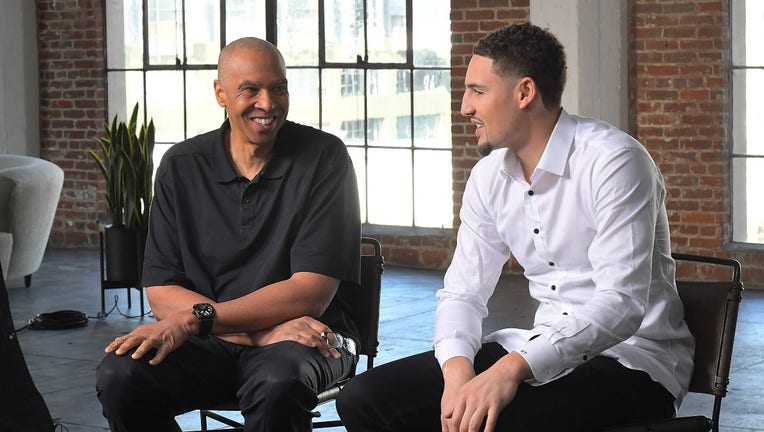 MINNEAPOLIS - While the Golden State Warriors were busy celebrating an NBA title on Monday, a former Gophers’ great sounded off that they should let the Minnesota Timberwolves be involved in the party.

Mychal Thompson, the father of Warriors’ guard Klay Thompson and a former star at the University of Minnesota, posted to social media that the Warriors should give the Timberwolves a ring. That’s because thanks a series of interesting moves by the Wolves, the Warriors ended up with Steph Curry, Klay Thompson and most recently, Andrew Wiggins.

"The Warriors gotta send a ring to Minnesota…. Y… Well, they PASSED on Steff and Klay in the draft AND they traded Wiggins to G State… So yeah… Minnesota shud get a ring too," Mychal Thompson tweeted.

Timberwolves’ fans know the story well by now. They passed on Curry not once, but twice, in the 2009 NBA Draft. Instead, they took Ricky Rubio and Jonny Flynn. Rubio spent his first six NBA seasons in Minnesota, then came back in the 2020-21 season. Flynn played three seasons with Minnesota, and has been out of professional basketball since 2014.

Curry just won his fourth NBA title with Golden State, and got some help from Wiggins. The No. 1 overall pick in 2014, Wiggins played five seasons with the Timberwolves but was inconsistent, and never reached his full potential in Minnesota. He was traded to the Warriors in the deal that brought D’Angelo Russell to Minnesota. The Timberwolves got to the NBA Playoffs for the second time since 2004 this past season after finishing 46-36.

In a Game 6 loss to the Memphis Grizzlies, which ended the Timberwolves’ season, Chris Finch opted to play back-up point guard Jordan McLaughlin over Russell in the closing minutes of the fourth quarter. Russell, who is entering the final year of his current contract next season, is set to make more than $31 million.

Wiggins, meanwhile, played some of the best basketball of his career to win his first NBA title.

The Timberwolves recently hired well-respected Tim Connelly as their next general manager. He has a big decision to make Thursday night, as Minnesota has the No. 19 pick in the NBA Draft.