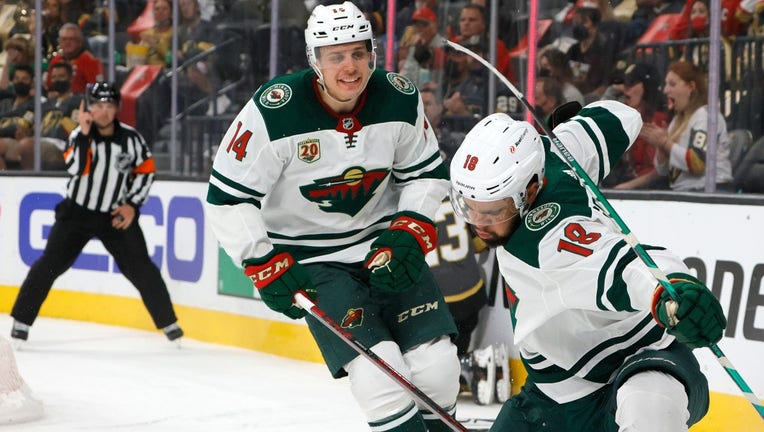 MINNEAPOLIS - When the National Hockey League made it official that its players were opting out of the Winter Olympics in Beijing, players thought they might be getting a two-week break.

At least for the Minnesota Wild, not so much. The team announced Wednesday that seven games postponed earlier this season, all due to COVID-19 issues, have all been rescheduled for the month of February.

With the NHL not sending players to the Olympics in Beijing, the league has a window from Feb. 4-20 to get postponed games in. With the schedule changes, the Wild will have 10 games in February, including eight in a 14-day span.

Here is a look at the updated schedule:

The Wild is currently fifth in the Western Conference at 47 points, one point behind the Vegas Golden Knights for the No. 4 spot, and four points behind the Nashville Predators and St. Louis Blues for the No. 3 spot. Minnesota is in Chicago to face the Blackhawks Friday night in the first game of a back-to-back.

The Wild host the Blackhawks at 8 p.m. Saturday at Xcel Energy Center to cap off Hockey Day Minnesota.