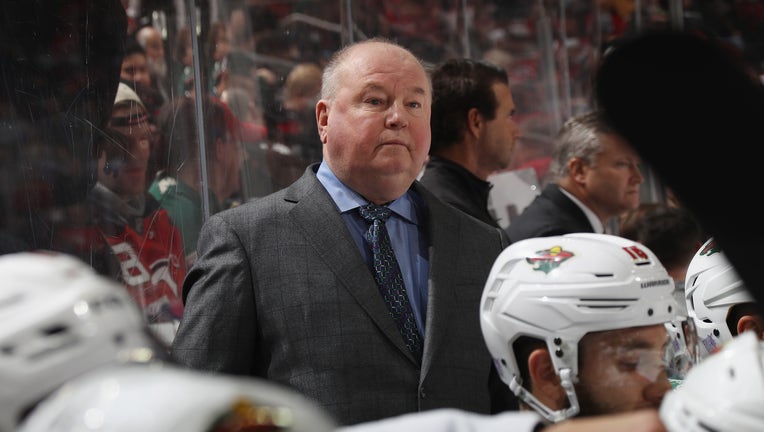 The Minnesota Wild have &nbsp;fired head coach Bruce Boudreau after three-plus seasons with the organization.

"It's never just one win, it's not just one loss, it's not just one week, it's a series of things and even though Bruce and I have had a great realtionship, I really enjoyed working with him," said Guerin in a press conference. "I learned a lot from him. I think he liked working with me. The most important thing is that the players are going into this stretch going out on a high and I just felt they needed a different voice right now."

The Wild had a 3-1 lead over the New York Rangers in the third period Thursday night at Xcel Energy Center before losing 4-3 in a shootout. The Wild, though, have gotten points in eight of the their last 11 games, going 7-3-1 in that stretch.

The Wild are currently 11th in the Western Conference with 61 points, and with 25 games to go, they’re three points out of the second Wild Card spot in the playoffs. They’re in danger of missing the Stanley Cup Playoffs for the second straight year, chasing the Nashville Predators, Winnipeg Jets and Arizona Coyotes.

“In a decision, it’s never just one thing, so I just felt like the timing was right,” said Guerin. “You’re never going to make everyone happy, people are going to question you. I feel the timing is right to do it now.”

Guerin said he addressed the players shortly about the decision shortly before practice on Friday. He says he expects them to be fully ready to go come gametime on Saturday.

"I said these days are unfortunate, this is not a fun day, but just to let them know what is expected of them and to give them some clarity," said Guerin.

The Wild has named Dean Evason the interim head coach. Guerin says he has "full confidence" in Evason.

"I expect this team, to compete for a playoff spot, I think maybe some adjustment or maybe a different voice that Dean will bring will help the guys," he said.

Guerin says Evanson will be among those considered as they look to find their new head coach.

It’s the latest shake-up in what’s been an eventful week for Guerin, who traded nine-year veteran and fan-favorite Jason Zucker to the Pittsburgh Penguins earlier in the week. Guerin also offered up that if he didn’t see better effort out of the players, there would be more changes before the Feb. 24 trade deadline. The Wild responded to that message with a 4-0 win over the Vegas Golden Knights.

Boudreau was in his fourth season with the Wild and had a mark of 158-110-35. The Wild never got past the first round of the Stanley Cup Playoffs under Boudreau, losing to the St. Louis Blues and 2017 and the Winnipeg Jets in 2018.