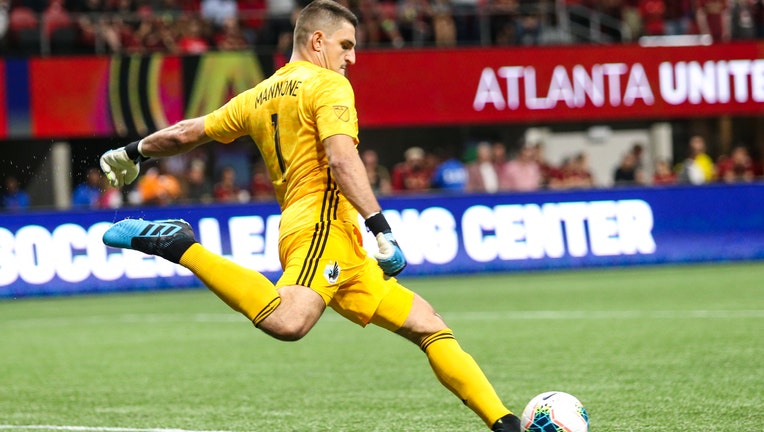 Vito Mannone #1 of Minnesota United kicks the ball during the first half of the U.S. Open Cup Final between vs Atlanta United at Mercedes-Benz Stadium on August 27, 2019 in Atlanta, Georgia. ( Carmen Mandato )

The 31-year-old Italian set the Minnesota United record with 15 wins, 129 saves and 11 shutouts this season during MNUFC’s historic run to the playoffs.

Mannone edged goaltenders from DC United, NYCFC and Atlanta United to earn the crown. He earned over 17 percent of the vote.

He ranked second in the league in saves, only conceding 43 goals during the regular season. Last year, Minnesota United conceded a conference-high 71 goals and conceded a league-high 70 goals the year prior. The turnaround from 2018 to 2019 was the third-largest in MLS history.

Mannone is the first Minnesota United player to win Goalkeeper of the Year.

He formerly played for Arsenal and is currently on loan to MNUFC from Reading.