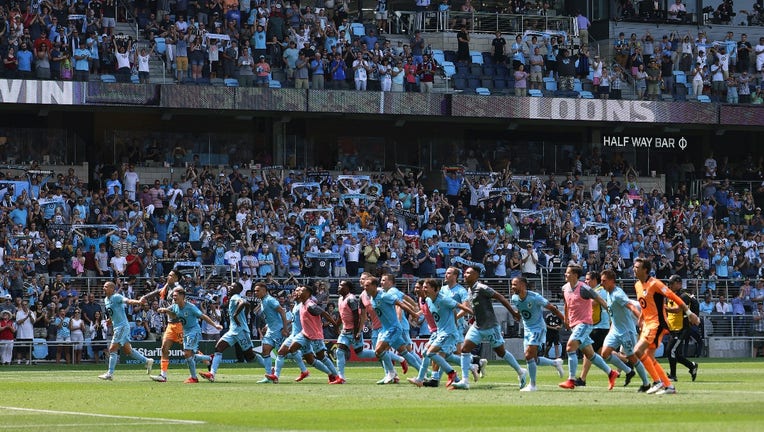 MINNEAPOLIS - Minnesota United officials announced on Tuesday the team is hosting one of the top teams in the English Premier League for a friendly in July at Allianz Field.

The Loons will host Everton FC at 7 p.m. on Wednesday, July 20. Tickets for the match will go on sale May 23. Fans can get early access to tickets, and the last three regular season home games, by purchasing the Big-Game Bundle.

"To say I’m excited would be an understatement," Heath said in a statement. "Everyone knows my feelings towards the club, the best thing that happened in my football life was playing for Everton. I couldn’t be more excited to welcome them to Minnesota. It will be a great occasion at Allianz Field, and I know we will have incredible fan support. They have an unbelievable traveling fanbase and I’ve no doubt they will bring their voice to Saint Paul. It’s an honor to host one of the premier clubs in world football."

Everton FC has competed in the top division of the EPL for 118 seasons and is the second-longest serving club in top flight English football. Everton has won league titles in the top flight of the EPL nine times, and has finished second seven times.

"We are thrilled to be able to bring the best of the world’s game to our Minnesota soccer community," MNUFC CEO Shari Ballard said in a statement. "Not only is Everton a storied club, but their meaningful history with Adrian will add an extra dimension of fun to the game. In addition to this game, we have a fantastic lineup of soccer coming to Allianz Field throughout the summer, including another international friendly against SC Paderborn 07 in July and the MLS All-Star game in August. We look forward to sharing all of these experiences with our fans and our community."