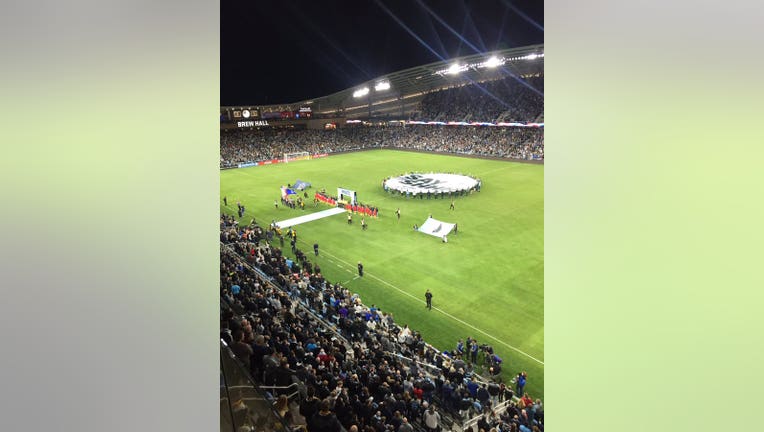 ST. PAUL, Minn. (FOX 9) - Minnesota United made history by hosting and playing in its first-ever MLS Cup Playoff game Sunday night, but the result did not go their way.

The Loons and LA Galaxy were in a scoreless draw through the 70th minute of the home match, but two goals in a matter of minutes put the game away for the visiting Galaxy.

United's Jan Gregus found the back of the net in the 86th minute to make it 2-1, which reinvigorated the crowd, but it wasn't enough to change the Loons' fate.

The Galaxy move on to play LAFC Thursday in the Western Conference semifinals. It's a rivalry between the league's two Los Angeles teams called, "El Trafico."

Minnesota United finished their historic 2019 campaign fourth in the Western Conference with 15 wins, 11 losses and eight ties on the season.