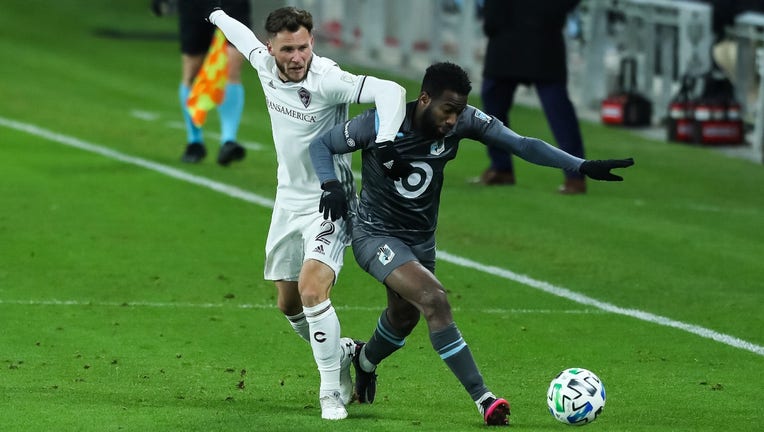 Kevin Molino #7 of Minnesota United and Keegan Rosenberry #2 of Colorado Rapids compete for the ball in the second half during the game at Allianz Field on November 22, 2020 in St Paul, Minnesota. ((Photo by David Berding/Getty Images))

There weren’t fans there to see it because of the COVID-19 pandemic, but the Loons advance in the playoffs and will face Sporting Kansas City next. The win also avenges a playoff loss to the L.A. Galaxy to end last season.

Kevin Molino scored in the first half to give Minnesota United a 1-0 lead at the break.

Robin Lod gave the Loons a 2-0 lead in the 54th minute after a nifty pass from Jan Gregurs. Minnesota United sealed the playoff win with Molino’s second goal of the night in the 79th minute. Emanuel Reynoso provided assists on all three Loons’ goals.

Minnesota United is now unbeaten in its last nine games at Allianz Field.