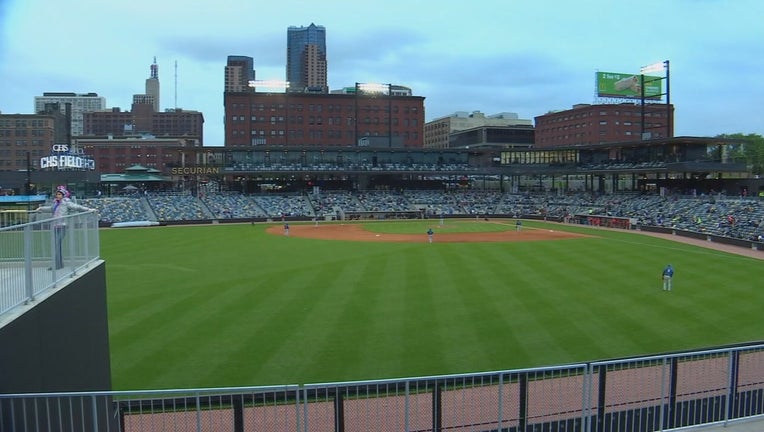 In fact, all it will take is a trip across the Mississippi River to CHS Field. The St. Paul Saints, which had been a part of the Northern League and the American Association, are set to leave independent baseball and become the Twins’ new Class AAA affiliate.

Sources tell Fox 9 Sports’ Jim Rich that talks between the Twins and Saints are progressing, and an agreement should be announced sometime this week. For the last 18 years, the Rochester Red Wings in New York had been the Twins’ Class AAA team. But the Red Wings and Twins parted ways in November, and Rochester has formed a partnership with the Washington Nationals.

The move comes as teams aim to cut travel costs, amid the COVID-19 pandemic, for players who get called up from their AAA teams to fill a spot on a Major League roster. In addition to playing at the new CHS Field, all it will take is a short drive to Minneapolis for prospects to play for the Twins.

The Twins are also reportedly replacing their Class AA affiliate, reportedly, from Pensacola to Wichita, Kansas. The hold up in an official announcement has been who will pay the $20 million for the Saints to become a Class AAA affiliate. That question remains unanswered.

This season, top Twins minor league players worked out at CHS Field while the team itself played half of its 60-game season at Target Field.