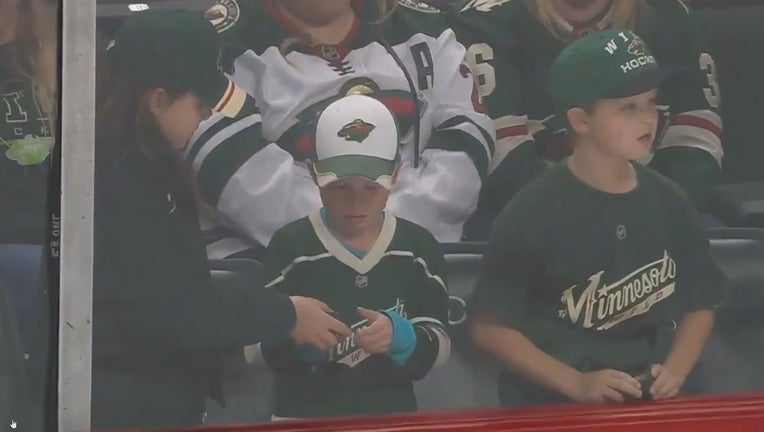 Emily was quick to turn the puck over to Logan after seeing he was upset.

ST. PAUL, Minn. (FOX 9) - A small gesture by one young hockey fan for another warmed the hearts of thousands online this week.

It's every young sports fan’s dream to get a high five from a player, an autograph, or catch a puck before the start of a Minnesota Wild game. For one little boy, luck just wasn't on his side the other night when Wild players were warming up. But, all it took was an act of kindness from a stranger to make his night.

A video of young Minnesota Wild fans went viral after the camera captured a boy getting emotional while waiting for a player to give him a hockey puck. Now, the kids are explaining how it all went down.

Seven-year-old Logan loves was attending Wild games with his brother and Dad. They try to get down there early to get the players' attention during warm-ups for a puck or thumbs up.

But poor little Logan just wasn't able to snag one until an 11-year-old girl stepped in and helped him out. 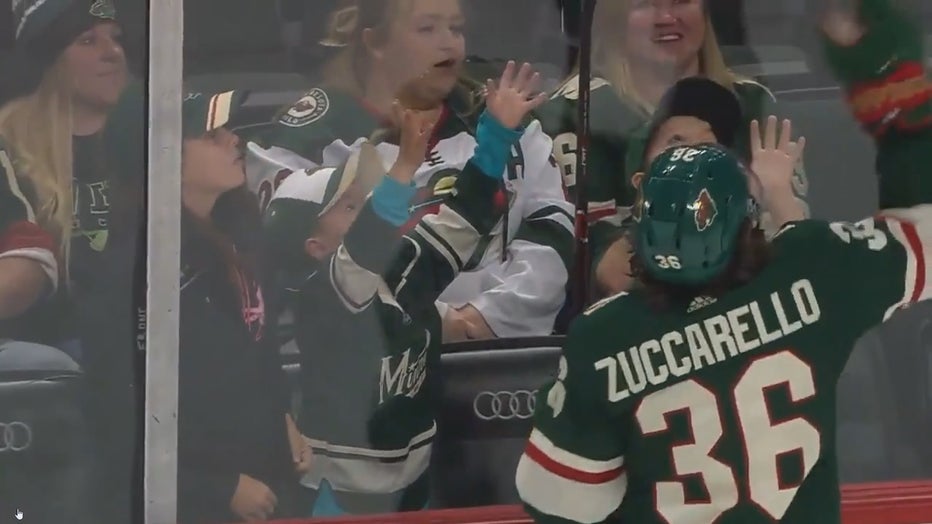 "I always like doing the right thing," explained Emily Wiltzius. "It’s just the thing you should always do."

Eleven-year-old Emily of Forest Lake, whose a hockey player herself, is all about taking care of people around her. So, when she noticed a little boy crying next to her the other night during warm-ups before the Minnesota Wild took on the Edmonton Oilers, she felt sorry for him.

In a video that's been shared by the NHL and since gone viral on Twitter and other social media sites, little Logan McCann just can't seem to catch a break.

First, his older brother gets a puck from Mats Zuccarello then Emily caught the next one.

"I just decided to give it to him," Emily said. "He looked young and that could have been his first Wild game." 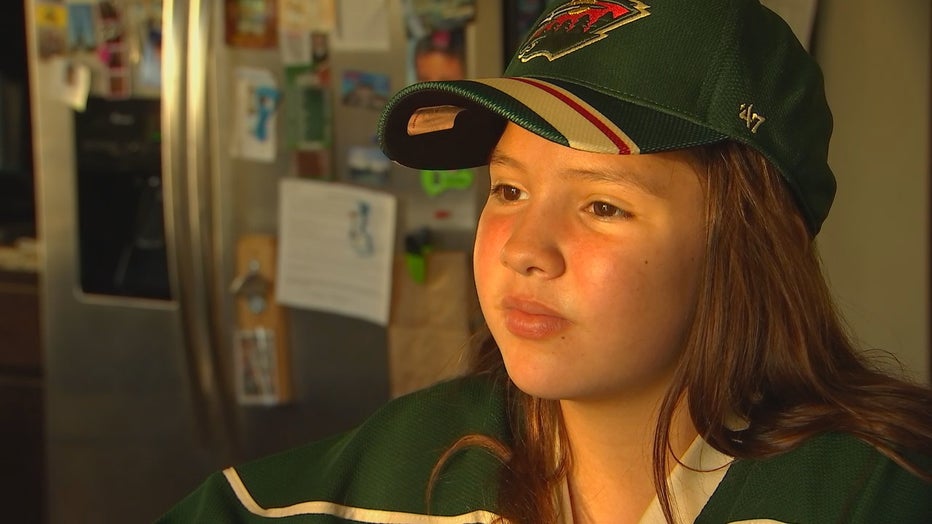 Emily says she was just doing the right thing.

Logan realized what Emily has done and politely said “thank you” to her. We caught up with Logan and his older brother Brayden at their Andover home. Big bro Brayden says that was the first time he's ever received a puck from a player, so he really wasn't thinking about his little brother.

After realizing he had become a viral sensation, little Logan was at first not thrilled but has since embraced his new found fame.

"He thought it was hilarious," said Brayden.