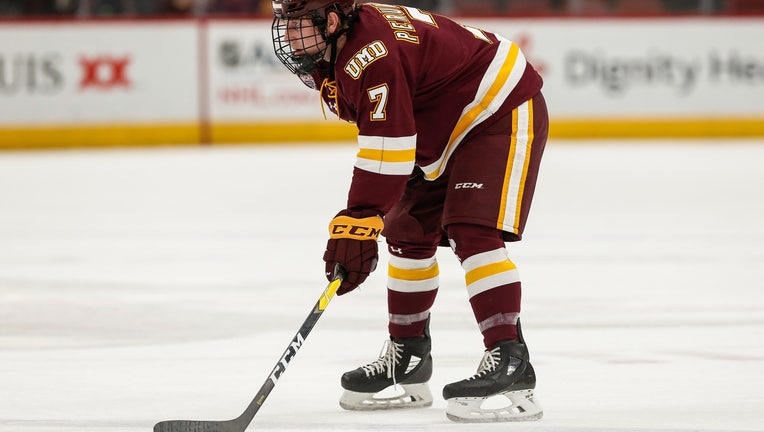 DULUTH, Minn. (FOX 9) - For a record sixth time, the University of Minnesota-Duluth is home to a Hobey Baker Award winner for NCAA Hockey’s best player.

The latest winner of Junior Defenseman Scott Perunovich, who was bestowed the honor late Saturday night.

With the hockey season cut short, the University of Minnesota-Duluth didn't get a chance to win a third championship. But, one player is taking home some hardware.

The Hibbing, Minnesota native was the first blueliner to lead the NCHC in scoring as the Bulldogs were looking to win a National Championship for the third straight year.

Perunovich is the second UMD Defenseman to win the trophy. The last was Wild Assistant GM Tom Kurvers, who won the award in 1984. 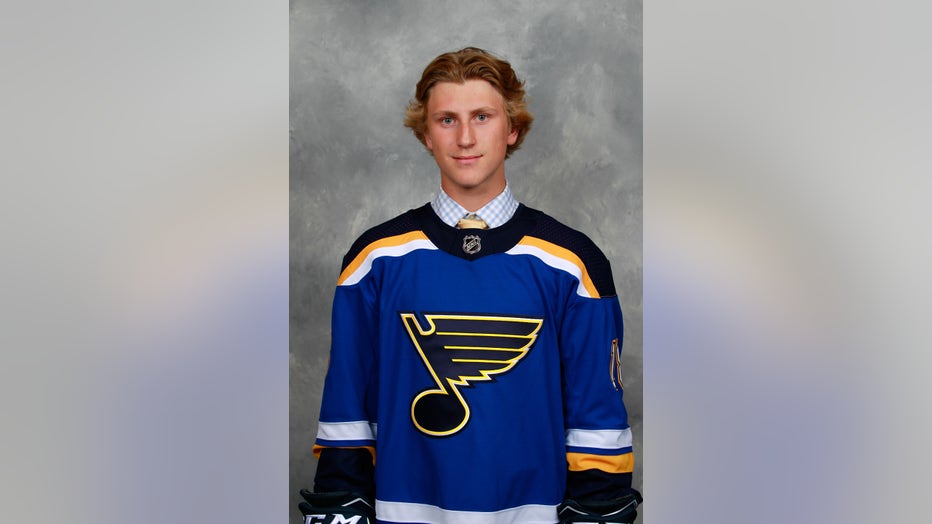 Scott Perunovich poses for a portrait after being selected 45th overall by the St. Louis Blues during the 2018 NHL Draft at American Airlines Center on June 23, 2018 in Dallas, Texas. (Jeff Vinnick/NHLI / Getty Images)

Perunovich has given up his final year of eligibility, opting to sing with the St. Louis Blues, who drafted him the second round.