A pair of Minnesotans are helping lead the way for the Iowa State Cyclones in the NCAA Final Four tournament.

(FOX 9) - With the arrival of spring, upset season is in full bloom in March Madness.

The NCAA men’s basketball tournament always brings about double-digit seed darlings every year. One of those teams this year is Iowa State.

"It’s something you always dreamed you could do," Cyclones forward Robert Jones said. "Everybody loves an underdog."

The Cyclones are in the Sweet Sixteen after two upset wins to start the tournament vs. 6) LSU & 3) Wisconsin last weekend.

Quite a turnaround for a two-win team a year ago, and helping to lead that is a pair of Twin Cities area transfers.

Gabe Kalscheur and Robert Jones are each in their first season at Iowa State. A team that is one win away from reaching the Elite 8 for the first time in more than two decades.

"I am super excited," Kalscheur told FOX 9. "I’ve never gotten this far (in the NCAA Tournament)."

"Being in the moment, you’re just soaking it all in," Jones added. "You don’t know how to describe it." 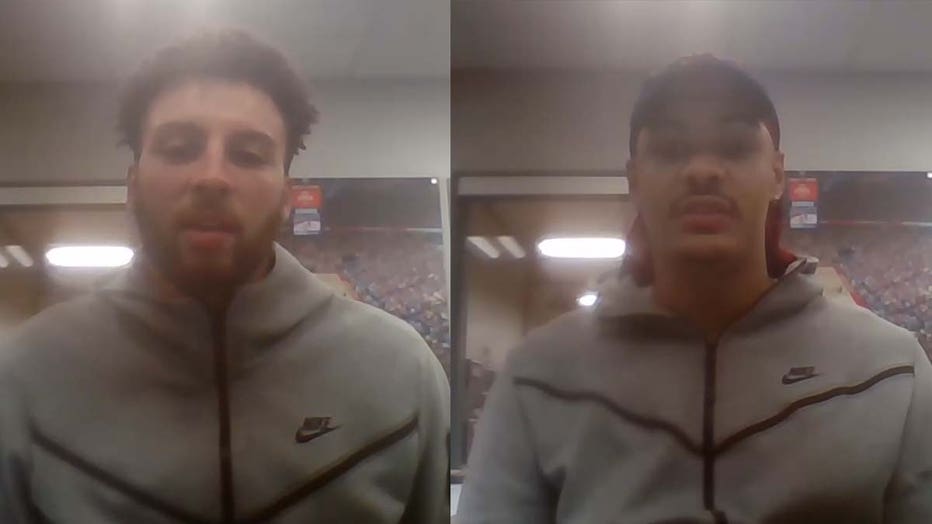 Minnesotans Gabe Kalscheur and Robert Jones are each in their first season at Iowa State. (FOX 9)

Kalscheur started his career with the Gophers, but the in-state kid felt he needed a different scene as a senior.

"I wanted to start something new and have a fresh start," Kalscheur said.

That change is allowing him to grow in new ways in a new environment.

"I have the ball in my hands more," Kalscheur said of his opportunity at Iowa State. "I am doing things that are outside of my comfort level, so I’ve definitely grown as a player."

As a player with NCAA Tournament experience at Minnesota, Kalscheur is also trying to lead by example on this trip to the big dance.

"I think I’ve done a good of bringing the group together, and other players have done that as well," Kalscheur said. "It’s all about coming together as one."

Jones was a standout in Prior Lake before playing at Denver for his first two collegiate seasons.

"My last year at Denver we only won two games, so it was kind of the same thing," Jones said. 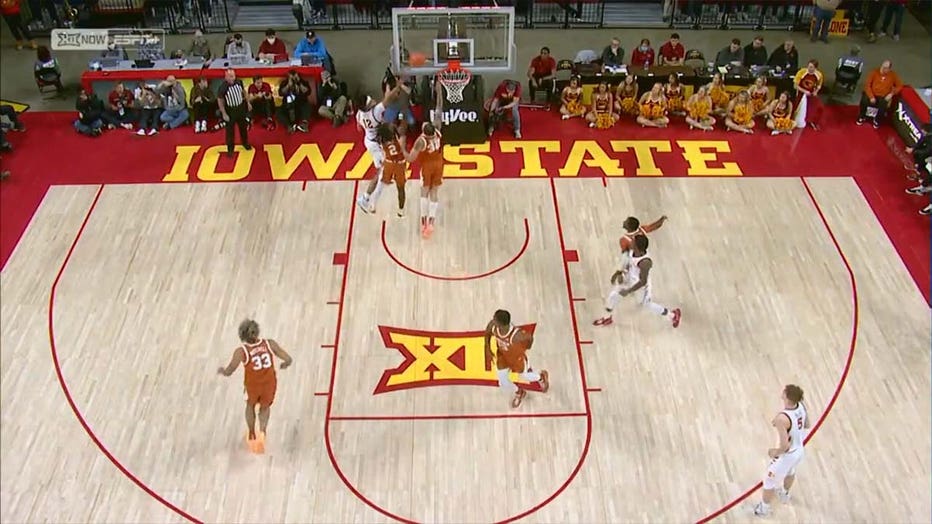 The Cyclones are in the Sweet Sixteen after two upset wins to start the tournament last weekend. The team is one win away from reaching the Elite 8 for the first time in more than two decades.

The Cyclones’ forward is now carving out a role on this NCAA run.

"You just have to approach every game as if it is your last," Jones said. "You have to give everything every time you step out on that court."

It’s been a whirlwind season for the Cyclones already, but they are a team now trying to spin off a few more upsets starting on Friday night.

"We really relish that underdog role," Kalscheur said. "Let’s just go out there with nothing to lose."

Iowa State faces 10) Miami on Friday at 8:59 p.m. The winner of that matchup will face the winner of 1) Kansas vs. 4) Providence in the Elite 8 on Sunday afternoon.