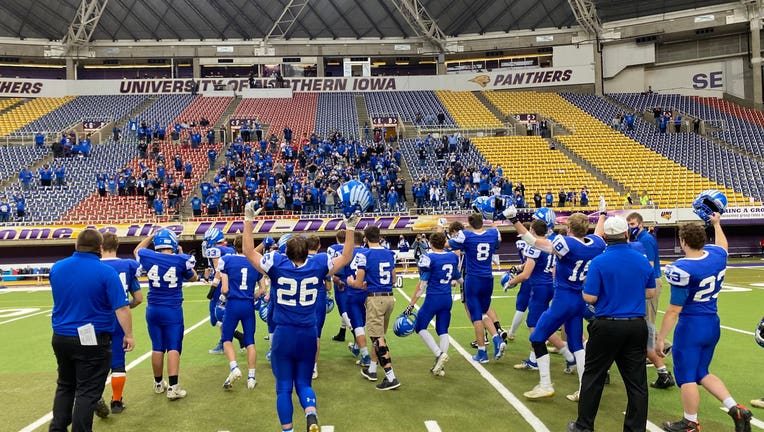 CEDAR FALLS, Iowa (FOX 9) - Looking at the box score, you would probably think two Iowa schools were involved in a high-scoring, fast-paced high school basketball games. But, you'd be wrong.

Instead, the two teams were facing off in what turned out to be a record-setting eight-man football game.

Despite the huge point totals, St. Mary's only passed for 144 yards to Montezuma's whopping 744 yards in the air, with most of those yards coming from QB Eddie Burgess -- who also threw for nine touchdowns.

But, St. Mary's quarterback proved to be a seemingly unstoppable dual threat. Blaine Harpenau threw for just 134 yards but scored four touchdowns in the air and four more on the ground. He also rushed for an astounding 354 yards on 40 carries (an 8.9 yard per carry average).

Unsurprisingly, Harpenau was named the player of the game.

St. Mary's, Remsen will now advance to state eight-player finals next week to take on the winner of Don Bosco, Gilbertville versus Fremont-Mills, Tabor.