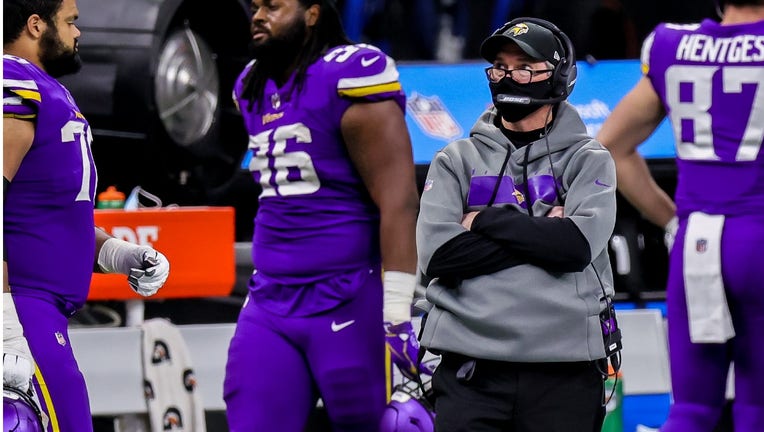 MINNEAPOLIS - Ifeadi Odenigbo didn’t hold back his frustrations less than 24 hours after the Minnesota Vikings' season came to an end.

The Vikings beat the Detroit Lions 37-35 at Ford Field on Sunday. They finished 7-9 and for the fourth time in seven seasons under Mike Zimmer, won’t be involved in the NFC Playoffs.

"I’m just angry to be honest. I’m angry how everything played out. I’m angry, just we had a lot of expectations going in," Odenigbo said Monday. "That’s every kid’s dream is to get to the Super Bowl and win a Super Bowl. Knowing you got eliminated before you even got to be in contention to fight for it is kind of disappointing."

Part of his frustration and anger might stem from not actually playing in Sunday’s game. He was declared inactive against the Lions, and has been dealing with injuries much of the back half of the season. Odenigbo played in 15 games this season and had a chance for a bigger role at defensive end, with Danielle Hunter out for the season and Yannick Ngakoue traded away after six games.

Odenigbo leads current Vikings with 3.5 sacks this season, and finished with 16 tackles. But a defense depleted by injuries, with back-ups playing key roles, gave up 583 yards and 52 points in a loss at New Orleans that eliminated Minnesota from the playoffs.

The Vikings finished the season 25th in passing defense, and 27th in rushing defense. They also didn't have a defensive touchdown the entire season.

"The defense never really found its groove or had an identity," Odenigbo said. "In the years past I think we’ve had that high standard on defense, but this year it was just kind of lacking."

Mike Zimmer said after Sunday’s win 7-9 might have been the best the Vikings could do in 2020, between Michael Pierce opting out and a number of significant injuries to key players on defense.

On Monday, Adam Thielen didn’t quite know how to react to that. He’s already turning the page to 2021 as the Vikings spent the day cleaning out their lockers and getting ready for the offseason.

"I think there’s possibilities that we could’ve had a better record, but you say that every year. At the end of the day your record is your record. It is what it is and you’ve got to move on, figure out a way to not let that happen again," Thielen said.

Thielen will finish 2020 with the third-best season of his career. In 15 starts, he had 74 catches for 925 yards and a career-high 14 touchdowns, a mark that was also third in the NFL. He came 75 yards away from his third 1,000-yard season in the past four, after dealing with a hamstring injury last year.

The bottom line is they’re not in the playoffs, and they’re disappointed. That’s after a career-high 35 touchdowns and 4,000 yards for the fifth time in six seasons for Kirk Cousins, Dalvin Cook leading the NFL in yards from scrimmage and Thielen and Justin Jefferson combining for 2,325 yards and 21 touchdowns.

The Vikings finished fourth in total offense in 2020.

"Obviously disappointment, 100 percent. As a competitor, when you put in the amount of work you do as a team together every single day, you’re grinding it out and you don’t hit those goals, tons of disappointment 100 percent," Thielen said. "At the end of the day, a season like this reminds you that it’s not easy."