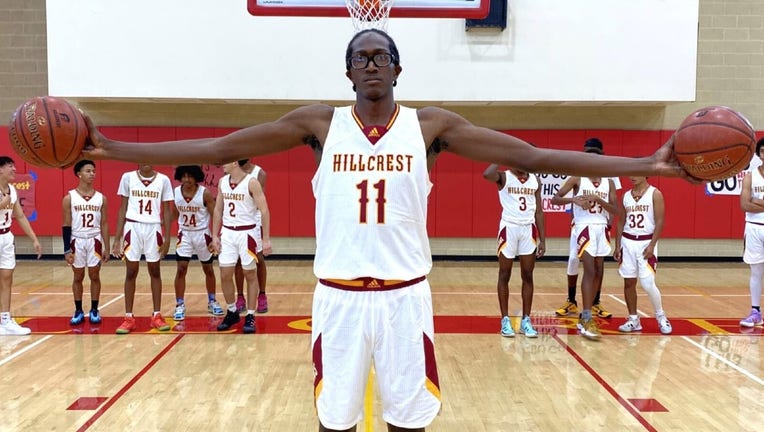 MINNEAPOLIS - The University of Minnesota men’s basketball program signed its best class in several years on Wednesday, adding Cam Christie and Dennis Evans to the 2023 class.

Ben Johnson, in his second season as a head coach, announced that he also added Erick Reader as a preferred walk-on, and current freshman Kadyn Betts will redshirt and be a part of the 2023-24 class. Both Christie and Evans are top-100 players, and Evans is the program’s highest-rated recruit since Kris Humphries in 2003.

Christie is a 6-5, 160-pound guard who at one time was the top high school player in Illinois. He’s the No. 84-ranked player in the country, going over 1,000 career points as a junior while leading Rolling Meadows with 22 points a game to a 28-win season. He shot 53 percent from the field, and 42 percent from the perimeter.

He gives Johnson another guard with length, and perimeter skill. He was also the first verbal commitment to the class.

"He’s one of the most versatile guards that I’ve had the opportunity to recruit in a long time. He’s a special talent. In my opinion, he’s a top-50 level player," Johnson said.

Not only Evans the highest-rated recruit since Humphries, he’s the highest-rated center since Joel Przybilla. A 7-1, 210-pound center out of California, Evans is ranked No. 27 nationally after averaging 11 points, 10 rebounds and seven blocks per game for Hillcrest Academy last season.

He gave a verbal commitment to Johnson and the Gophers after making an official visit over Homecoming weekend. He was down to Minnesota and TCU, and had interest from Kansas among several other schools.

Christie and Evans give Johnson and the Gophers the No. 20-ranked class in the country according to Rivals, and the No. 25 class according to 247Sports as the early signing period is underway. That’s despite missing out on local standouts Nolan Winter and Taison Chatman.

"It’s good for a lot of reasons. Momentum in recruiting, people love numbers. I more than anything like production," Johnson said. "It’s great that these guys are ranked where they’re ranked, to get two top-100 kids is a credit to them. I’m excited because I know their talent leads to production."