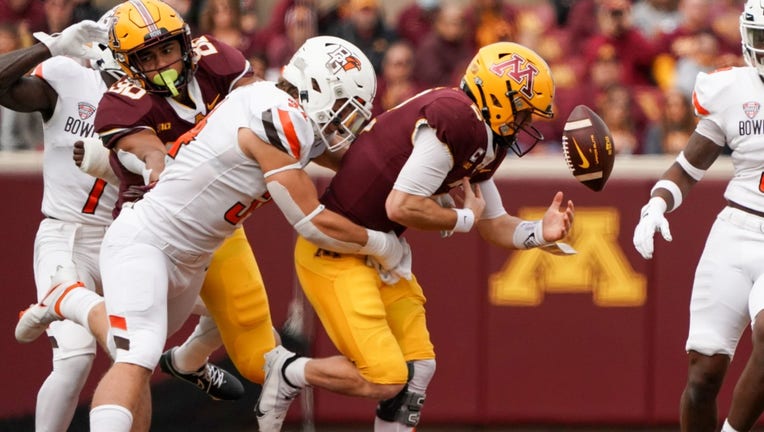 The Gophers entered the game 31-point favorites, but that didn’t matter as the Falcons were the better team the majority of the day. That’s especially surprising after they went to Colorado and dominated in a 30-0 win. It’ll go down as one of the worst losses under Fleck.

"It’s unacceptable," Fleck told the crowd on his show.

Tanner Morgan said after the loss, "I have to play way better." He was just 5-of-13 passing for 59 yards, and had three turnovers. He lost a fumble early, then had two interceptions late as the Gophers tried to rally. He lost top receiver Chris Autman-Bell on the first completion of the game, and he was sacked four times. Everything that could go wrong did, which shouldn’t happen to a veteran quarterback and experienced offensive line.

So what does it mean for Morgan going forward?

"It means keep your oar in the water and keep rowing. It’s the definition of what our culture is all about. Obviously I know what I did Saturday is completely unacceptable," Morgan said. "People have a right to be angry, that’s part of college football."

The Gophers head to Purdue Saturday, where two years ago, Morgan set an NCAA record, going 21-of-22 passing for 396 yards and four touchdowns. If Minnesota is to bounce back, it starts with Morgan playing better.

The Gophers had their standard team meeting and film review after Saturday’s stunning loss. The players, according to rush end Boye Mafe, had another meeting Tuesday morning.

It appears the season is at an early crossroads. After battling with Ohio State, the Gophers had to fight off Miami (Ohio) for their first win of the season. Then after dominating Colorado 30-0, they had arguably their worst showing under Fleck in an inexplicable loss.

If the Gophers are going to make something of this season, now is the time to start as they re-enter Big Ten play at Purdue.

"We know that last week wasn’t good enough, we know as a team that we did not play to our best capability. If we want to talk about who we are and how we play, we’ve got to show that this week and moving forward," Mafe said. "This week is decision week. It was more about making that decision of we know what we can do and we know what we’re capable of doing, but we have to make that decision and put those decisions into actions."

After a slow start to the season defensively, Mafe has three sacks in Minnesota’s last two games, and is fourth on the Minnesota defense with 12 tackles. He also has two quarterback hits.

The Gophers (2-2) head to Purdue (3-1), needing to get the season back on track and get in the win column in the Big Ten West.